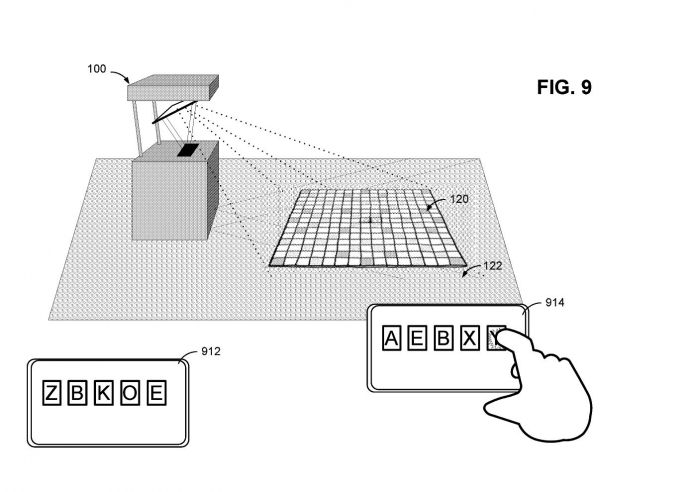 A number of different sensors enable detection of gestures and objects in the display area. The system includes an RGB camera, an infrared emitter and detector as well. The two have a field of view encompassing a detection area.

The patent is a ploy to come up with a cheaper version of Surface Hub and PixelSense, Microsoft’s interactive surface platforms. In this regard, the patent uses a projector instead of a touchscreen, a much cheaper alternative to a standard touchscreen.

This move will significantly bring the cost down. For instance, PixelSense` starting price was $8,400 while Surface Hub´s price is well beyond the $10,000 mark. A device with a projector will be much cheaper, depending on the other components.

However, there are some limitations to using a projector over a standard touchscreen. To overcome these issues, an IR depth sensor and a camera, much like in the Kinect for Xbox, are a part of the design.

The patent claim was filed in May 2015, including staff from Microsoft’s Education workshop and marketing departments. Still, there is no information when the product is coming to a production or in what capacity.

Microsoft launched PixelSense (previously called Microsoft Surface) in 2008, later developing the platform with Samsung. However, the product failed to take off with the high price mark presumably being the primary reason.

Microsoft continued the theme with Surface Hub in June 2015, marking business as their primary targets. The product is a great success for Microsoft, with demand recently outweighing the supply. With the new patent, the company might be looking to create a similar, although cheaper product with a much more mainstream adoption.