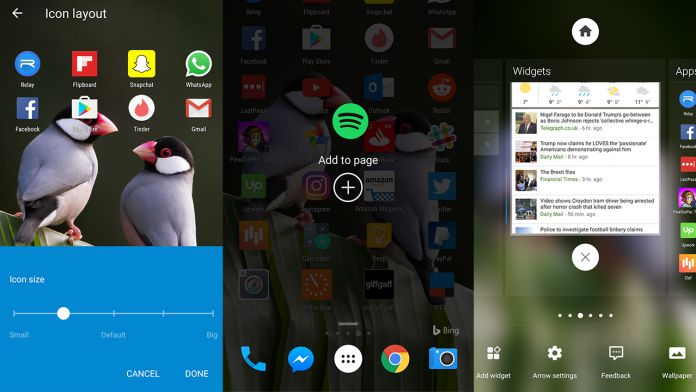 Microsoft’s Arrow Launcher is no doubt a great alternative to stock Android. However, the app has been lacking in some great features that its competitor’s offer. Part of this is purposeful to keep things simple, but some just haven’t been implemented yet.

The build also introduces some other tweaks and performance improvements that have been making their way through the beta build for a while. Here’s the full list:

Somehow Microsoft has managed to squeeze even better performance out of the launcher. It’s already extremely efficient, but this should help make things even smoother on low-spec devices.

The new icon size option is not found under “Apps” like you might expect, but rather under “Icon layout” in the first section. This appears to be a new menu item, and Microsoft has handy indicators so you can remember where you had the slider.

Moving the icons one increment down or lower gives you an extra row of icons, so it’s definitely worth it if the automatic icon placement is missing out useful apps. Of course, you can also remedy this through the new app shortcut feature.

Clicking and holding on an app via the drawer now lets you add the app to your page as a permanent feature. Rather than being removed if you don’t use it for a while, it will sit nicely while the other apps move around it.

Some of the changes in this build are long requested, and definitely make the launcher more of a viable alternative. I haven’t seen any major issues yet, so it’s well worth downloading the latest version from the Google Play Store.