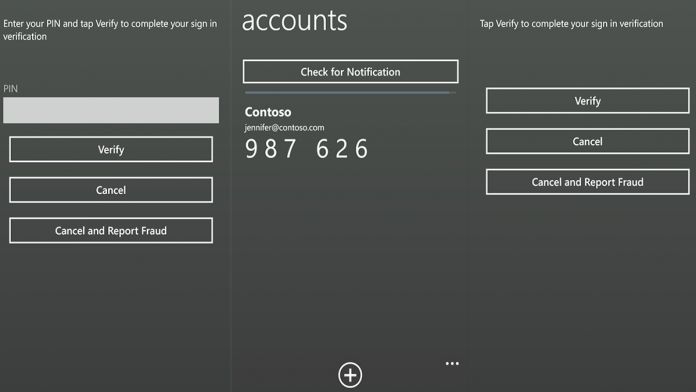 It’s been a while in coming. We’ve been following the Microsoft Authenticator beta for over five months now, and the Windows 10 Mobile app is finally out of beta. What seemed to be a fairly quick project turned into a longer one with hundreds of fixes and improvements.

For beta users, not much of a difference will be seen. However, those reluctant to sign up will be happy to find a more bug-free experience. You’ll also see an improvement in both UI and security over the previous app.

What is Microsoft Authenticator?

Some users may already be using Microsoft’s Azure Authenticator app and will be somewhat familiar with the product. Upon signing into your Azure or Microsoft account, you’ll have the option to verify the login with a different device.

Most services do this by asking for a code that’s displayed on your phone. This is the method that Microsoft previously used, but there is a significant change in this version.

Rather than that arduous process, you can now verify with a single tap.

Here’s a quick rundown of the major new features:

If you use Azure Authenticator, you’re good to go already. The app updates automatically so the changes should be with you soon. Microsoft account users will be prompted to download a new version of the app.

Though an improvement, some users have been experiencing some issues with the app. You may want to hold off until some issues are ironed out. Users are reporting that the push notification feature isn’t working on Windows 10. This may be fixed now, but we haven’t heard anything official from Microsoft.

If you’re willing to take the risk, you can download it from the Windows Store.