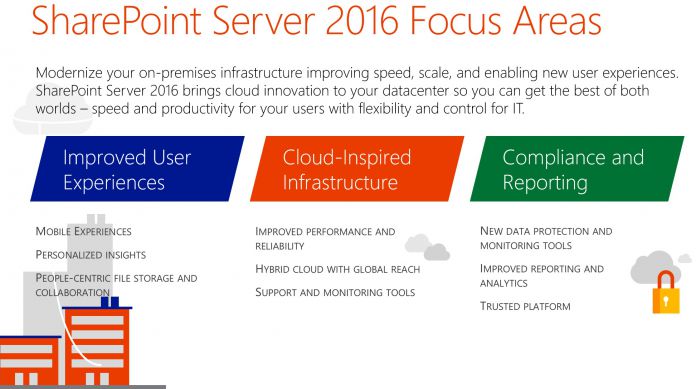 Indeed, Microsoft has previously promised that the service will be “foundational” and will be innovated through the cloud.

In the November 2016 Public Update or Feature Pack 1, the company has added the following:

MinRole enhancements – MiniRole is a farm topology in SharePoint Server 2016. With the new improvements, customers can deploy performance. The feature provides a number of predefined server roles and makes sure services run on the correct farm servers. Discussing its enhancements, Microsoft says:

To see Microsoft’s full detailed look at the changelog, visit the Office Blog at the source.