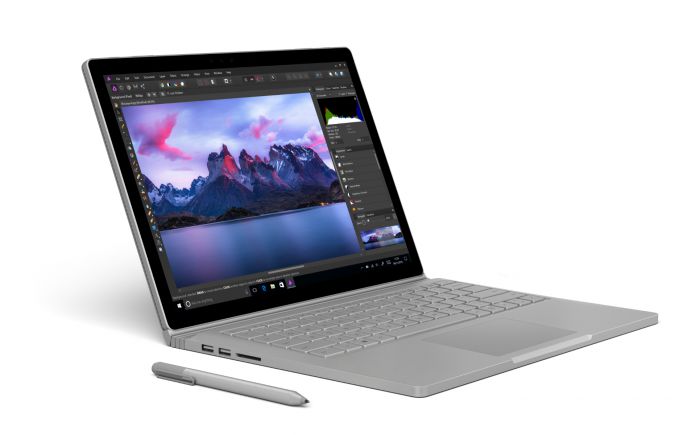 The folks from Serif claim this version is identical to the Mac version, matching it feature-for-feature. That means perfect file compatibility between the two platforms, as well as the performance, tools, and accuracy all being the same as Mac users have already gotten accustomed to.

Since I am not a Mac user, I am unable to verify that claim. However, I am a sporadic, amateur Photoshop user so I will provide the merit based on program’s existing capabilities, sometimes comparing it to Photoshop’s features.

Speaking of Photoshop, it is obvious that the market leader is going to be Affinity Photo for Windows’ main competitor as this is a program tailored for professionals. Although the aim is directed primarily at the professional market, there is plenty for non-professionals to love about Affinity Photo.

The first thing I noticed was how similar Affinity Photo for Windows looks to Photoshop. Some may say it looks way too similar, insinuating a straight-up rip-off. I say it’s a welcome look as it made me feel comfortable and familiar with the interface. This makes a potential transition much easier.

Of course, Affinity Photo for Windows has its own identity – the distinct purple color gives a fresh vibe to it, although I would have liked to see more of it. The layout of the interface is a standard, well-known type that won’t attract nor put off many. You have a tools panel on the left, layers panel on the right with a histogram above it and a central toolbar in between, right below a menu bar. The right toolbar displays basic details of your image and can be further customized. 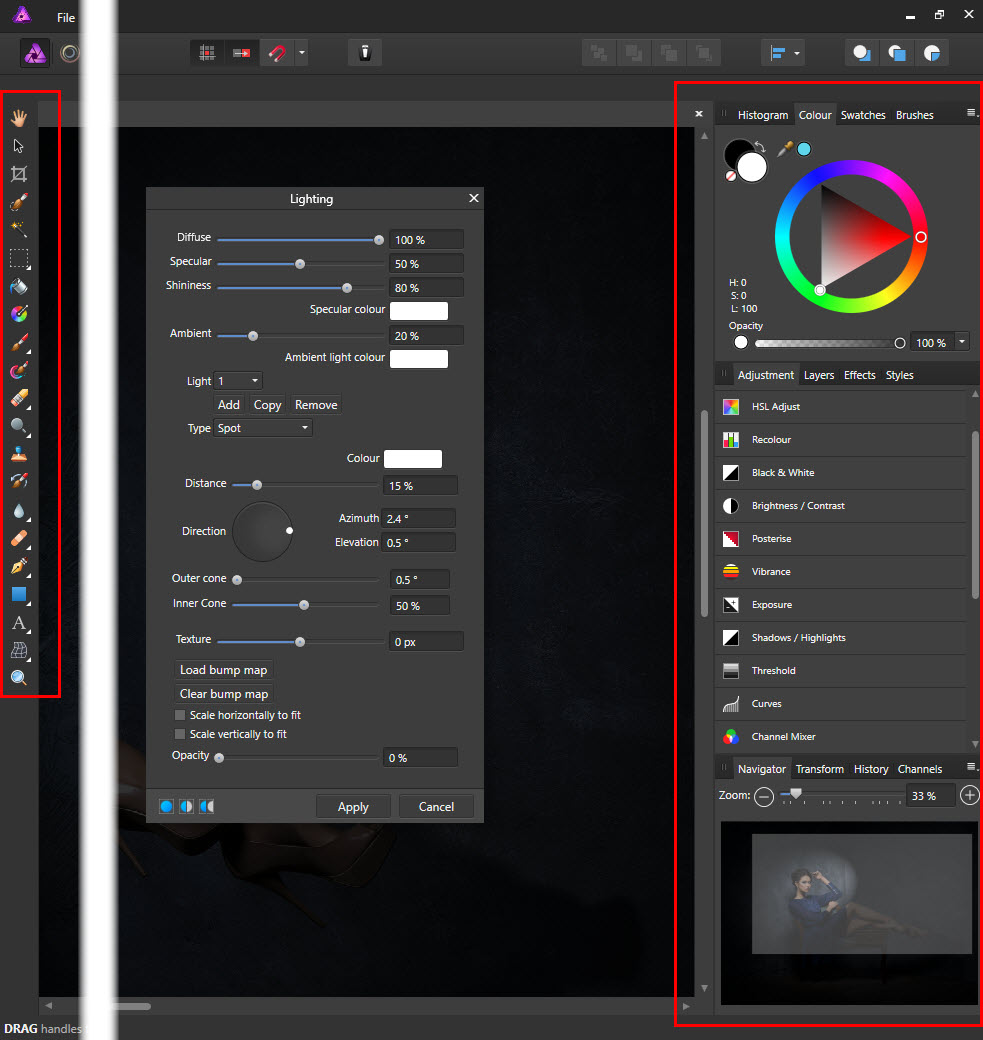 High performance for a smooth experience

Once you get the past the initial tinkering, you will immediately notice how fast the program is.

Real-time editing is one of the key features that really stands apart. Applying numerous edits happens instantly without rendering a preview or waiting for results. This is attributed to Affinity’s lack of bloatware, but more importantly because its back-end code is made operating independently of the system.

That is all the more surprising when you check the CPU and RAM usage. Affinity Photo is rather light, especially compared to its counterpart. Adding layers, posterizing, applying and adjusting various effects was effortlessly smooth and rather quick. This was done with a word processor, a browser with 5-6 tabs open, a music player and a couple of other programs in the background.(on a i5 4690, 8GB DDR3, SATA 3 HDD running Win 10)

I’d like to note that this is the default setting, without limiting or increasing usage whatsoever. While I certainly didn’t overload my computer, it was far from idle and the program worked quite well.

The program crashed only once during the time of use. This happened while I was playing around with the layer sidebar features. Still, this is a beta release so such things are to be expected. An error report has been sent immediately after the next startup.

A bundle of features

Apart from having a standard end-to-end color management and non-destructive editing, it is obvious Affinity Photo is engineered for professionals. In that regard, there are lots of professional options available. Some of them include a complete digital darkroom, comprehensive RAW processing, extensive retouching tools and various other professional adjustments. While I didn’t use any of those, there is no need to worry about Affinity being strictly professionally oriented. You can easily find and access basic editing tools on the right-side panel.

The current beta version also includes a number of new features which will be a part of the next major update.

Version 1.5 will have the following features:

One of the Affinity’s strongest cards in establishing itself on the market will be its price. The program will be available for a one-off payment without any subscription. Windows prices will match Affinity’s subscription-free Mac pricing, with a one-off payment of $49.99 / £39.99 / €49.99 covering future updates up to version 2. This is a significant change compared to Adobe’s monthly subscription through its Creative Cloud service.

Serif assures the next version is a “long way off”. This means pricing will definitely be one of Affinity Photo’s main draws. The Photo also works with Serif’s graphics editor Affinity Designer, sharing a common file type and a shared save history. According to Serif, Affinity Designer for Windows is on the verge of a full release.

Although in beta release, Affinity Photo for Windows is a fast and powerful image editing program that will cater to both professional and non-professional types. The program contains many high-level options for advanced photo editing, as well as lots of basic photo editing tools. I had very little trouble getting around and figuring out things.

In my opinion, this positions Affinity Photo closer to the beginners and amateur photographers rather than professionals. Still, its fast performance and one-off pricing will definitely find a place among professionals who should have little trouble adjusting to it, due to its clean and intuitive interface.