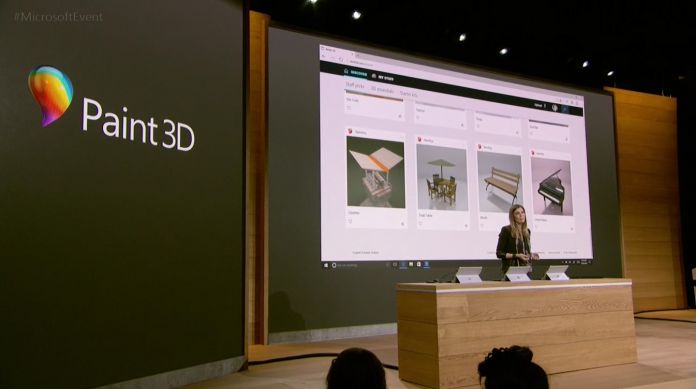 The idea of drawing in 3D is a pretty new one, and users may be understandably confused with Microsoft’s new Paint 3D. Thankfully, the folks at Microsoft have released a series of tutorials that nail down the basics and also give us a wider idea of the capabilities.

The first video gives the same basic information we got at Microsoft’s Surface event. Paint 3D allows you to use more realistic brushes, cut out elements from pictures easily, and, of course, draw in multiple dimensions.

Users may be less familiar with Paint’s more advanced 3D features. The second video shows how to create a detailed fish model by simply drawing onto the canvas. It includes direct color painting, texturing, lighting and more.

The video also covers how to access Paint’s Remix 3D catalogue. The community lets you share your work with others, as well as important and edit hundreds of models. It’s not the same functionality you’d get in dedicated software, but it’s a good start for school children and artists.

Magic Select and Creating a Pigeon

The tutorials start in full with a preview of the magic select tool. While the other videos were just overviews, this time artist Paul Kercal walks us through how to put it all into practice. The magic select tool is more powerful than you might think, allowing for simple selection of complex elements on the same page.

Once selected, an item can be moved in both 2D and 3D space. For 2D elements, you can change both the depth (z-axis) and the rotation. This can be combined with Remix.com models to make a hybrid of sorts.

However, Paint really starts to shine with full 3D models. Microsoft shows a way to very quickly create animals using its library of 3D primitives. Much like in other programs, set shapes such as cubes and spheres allow you to quickly create and modify a model.

Paint 3D differs mostly in its complexity. An intuitive and very simple interface allows pretty much anyone to work in 3D. The ability to paint directly onto models also makes thing easier, and saves users having to create dedicated textures in Photoshop.

If all of this sounds good to you, then Paint 3D is actually available right now. The caveat is that you’ll have to be on the latest Insider Build, which may contain some unstable elements.

Once you’ve upgraded, you can download Paint 3D from the Microsoft Store.