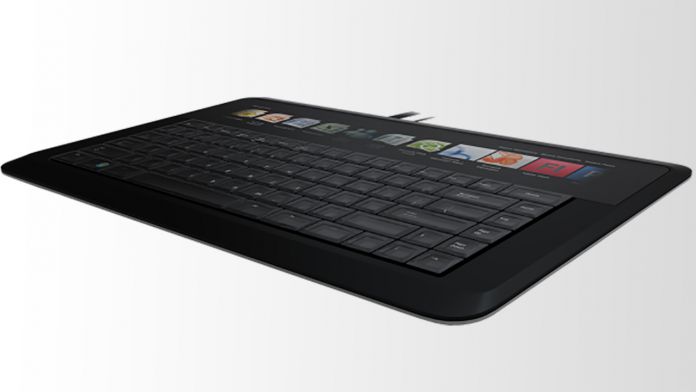 Apple may have painted the Touch Bar as innovative, but the truth is that adaptive hardware has been around since 1999. Over fifteen years ago, Microsoft began testing various keyboards that changed depending on the content on the screen.

Director of research Steven Bathiche spent years testing various forms of keyboards, some quite close to Apple’s final design. The research was finalized in 2009, with Microsoft’s touchscreen ‘Adaptive Keyboard.’

In fact, the prototype went farther than Apple’s, also changing the keys themselves. This has the advantage of letting user’s directly see which shortcuts are available. Instead of f11 for full screen, for example, a maximize icon would display. The goal was to explore whether or not the features could enhance productivity by keeping the user’s hands where they naturally rest.

Why Didn’t it Go Any Further?

Of course, we know today that Microsoft decided to abandon the idea. The concept was always a research idea, and more of a project than an actual product consideration. Why was that? Well, according to Bathiche, it was Microsoft’s lack of hardware manufacturing.

“We did not build computers back then,” he said on Twitter. “When we did start, we made computers with touch screens.”

It makes sense, and really highlights the difference between the two companies. It’s no secret that Microsoft has been betting on touchscreens for a while, with Windows 8 bringing a more finger-oriented experience.

Apple, on the other hand, is much more focused on a keyboard oriented desktop experience:

“Our hands can be super productive right there, with the trackpad, with the keyboard,” said Apple software engineer Craig Federighi last week. “And so that’s why when we look at providing more controls, that’s where we want them.”

Of course, Microsoft’s Surface line does just that by providing a touch keyboard, partnered with the dial for extra functions. It’s clear that the two companies are at odds for which methods are the most productive, but time will tell what the superior method is.