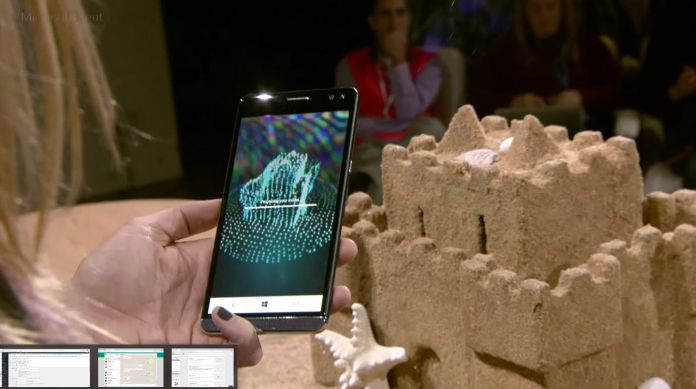 Last week, Microsoft laid out a bold new vision for virtual reality on Windows 10. With the Windows 10 Creators Update, the platform will be suited for 3D and VR development on PC. However, Microsoft’s virtual reality aspirations stretch beyond the desktop. A team from Microsoft Research has presented a paper showing how VR can function on even low-powered mobile devices.

In a technical paper titled “Proxy-guided Image-based Rendering for Mobile Devices”, Microsoft Research shows how VR works on a low-end device. In the paper, the company says this could be a smartphone or a PC, but the result is a high-quality VR experience.

This is taking Microsoft’s Windows 10 Creators Update plans a step further. Last week, the company discussed how Windows 10 will make virtual reality more accessible. At the moment, high-spec’d machines are needed to run the best VR headsets like HTC Vive and Oculus Rift. Considering these devices cost over $700, the total cost of a quality VR experience is prohibitive.

With Windows 10, Microsoft has managed to achieve the same high-quality experience, but has lowered the required specs. Also, the company has collaborated with OEMs for virtual reality headsets that cost just $299.

The research paper takes this plan further by brining VR to even lower-end devices. Of course, smartphones already have VR headsets, but Microsoft Research is talking about hardware that yields high-quality results. The researchers explain this gap in the market. The paper says VR is either expensive and tethered or affordable and low quality.

To overcome this problem, the team offloaded the frame rendering and tasked it to a server. This allowed the server to do the heavy lifting before streaming the high-quality virtual reality back to the screen. Using an algorithm, the high-latency response from the server can be hidden. Microsoft says the result is VR that runs at 50 frames per second, even on low-power devices.

Microsoft puts this system to the test in the video you can see above, and the results are impressive. While the research is still at the proof of concept stage, it has huge potential. Not least, it promises to lower the cost of virtual reality and also enhances the hope of making VR truly mobile.