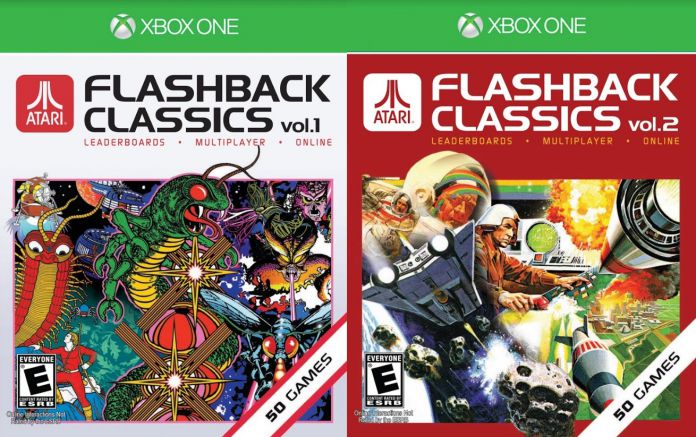 The bundles are called Atari Flashback Classics Vol. 1 and 2, currently available through the Microsoft Store. The retail price is $19.99 for each volume.

This is good news for the retro gaming consumers and gamers with the heavy sense of nostalgia. The games have been revamped to use the Xbox One’s graphical potential, featuring full 1080p high-definition.

According to the description, the games will have local and online co-op, global leaderboards, all new achievements and social features. Multiplayer is also present, with the support for two players in both online and local multiplayer games.

Combat, Centipede, Swordquest, Asteroids, Haunted House, Adventure and other classic games are all part of the volumes. Intuitive interface design promises the responsive feel of the originals, with the archives of classic artwork also included.

Each volume of Atari Flashback Classics is available both digitally and at retail. Approximate download size for is 404 MB for Volume 1 and 420 MB for Volume 2.

“Atari Flashback Classics offers enhanced access to some of the greatest titles in gaming history, bringing these beloved favorites to a new generation of gamers,” said Fred Chesnais, Chief Executive Officer, Atari. “We are excited that the first two entries in this critically acclaimed series are now available to challenge and delight Xbox One gamers everywhere.”

Atari announced the plan to release the volumes for the next-generation consoles in late June. Last month saw the release for PlayStation 4 with the Xbox One release coming right on time for the holiday shopping season.

The release of the two volumes is somewhat of a continuation of Atari’s Flashback series. Started back in 2004, the Atari Flashback hardware is a set of plug and play versions of classic Atari consoles. Currently at its seventh incarnation, the Atari Flashback devices have been sold in millions around the world.

Volumes are available for purchase here and here, while the complete list of games can be viewed here.