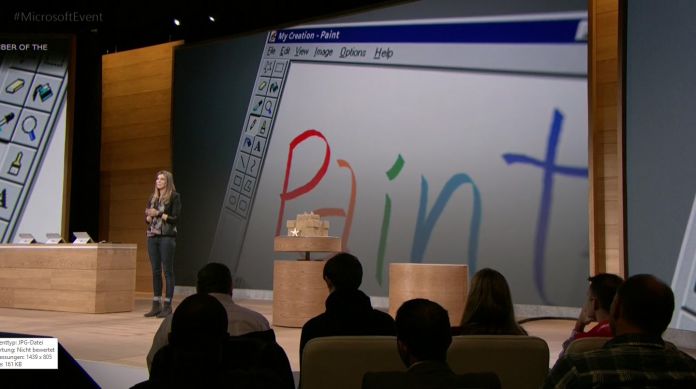 Last week, Microsoft took to the stage in New York to announce the Windows 10 Creators Update. A big part of the update is 3D and how Microsoft will use Windows to create an immersive creators platform. Paint 3D underpins much of the company’s 3D aspirations outside of virtual reality. The tool was announced last week and now the company is detailing some features.

In an official post on the Windows Blog, Microsoft has revealed what it thinks the best Paint 3D features are. Or, at least these are the features the company wants us to take notice of.

A day after announcing Paint 3D, Microsoft made it available on the Windows Store. However, this is a preview release open to Windows Insiders only. End users, or indeed anybody wanting to use the tool, will need to have Windows 10 Creators Update installed on their machines. Microsoft revealed the update will arrive in spring, 2017.

Below are the features Microsoft believe standout the most in Paint 3D.

3D Made Easy – Users can create objects and view them from all angles. 2D objects can also be converted to 3D and edited for color, size, and other layers. Microsoft has included new brushes like transparent watercolor or oil brushes. The company says this helps improve the realism of the paint.

Remix3D.com Integration – “Paint 3D allows you to easily pull from 3D art in Remix3D.com’s growing catalog for you to customize, edit, and share. Remix3D.com is your online home for 3D content and community. Connect with other creators, showcase your own creations and get inspired.”

Realistic Textures – Microsoft wants Paint 3D to offer more realistic visuals. To achieve this, the company has created textures such as gold, hardwood, and grass. In the creation of objects, like 3D models, this could add another level of creation.

MEME Creator – Users can manipulate objects. For example, photos can be wrapped around objects, or stickers can be introduced. Microsoft says this can be done automatically if selected.

3D Doodle – “Doodle like never before. In the new Paint, your doodles will jump into 3D. You can even take your drawings for a spin and view them from every side. Let your imagination break free.”

It is worth mentioning that Microsoft mentioned more substantial features at the Windows 10 event last week. For example, Paint 3D will allow users to create objects and pass them directly to a 3D printer to be printed.

Minecraft integration is also onboard, allowing users to push Minecraft objects into Paint 3D. Other key aspects of the suite include HoloLens integration and the ability to scan objects with a smartphone.