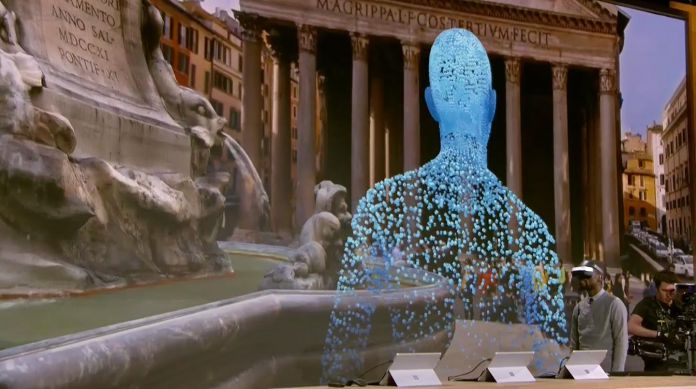 In a blog post, Microsoft announced that it is working on an open source 3D platform. The company says it has joined 3D Formats working group at Khronos to collaborate on its GL Transmission Format (glTF).

Indeed, using the HoloLens technology, Microsoft plans to create a mixed reality platform. The upshot of this is a more immersive VR experience.

The Khronos Group is an American-based non-profit. The group hopes to create open standard APIs for dynamic media that is royalty free.

The GL Transmission Format (glTF) is a much-used open interoperable language for 3D assets. It has already been adopted by companies such as Google and Oculus.

At its Windows 10 Creator Event last week, Microsoft discussed in length its plans for 3D and VR. We covered the event and reported on Microsoft’s overall plans for 3D in Windows 10. Much of the focus is built around Paint 3D and the various features it brings to the platform.

Paint 3D will integrate with HoloLens, allowing Paint creations to be sent to the headset. Users can then interact with these objects within a mixed-reality environment. Microsoft also announced the Windows Holographic SKU will be made available for VR developers. HoloTour is an example of VR and augmented reality working in tandem.

The feature allows users to tour city locations and landmarks around the world in an immersive and interactive mixed reality.