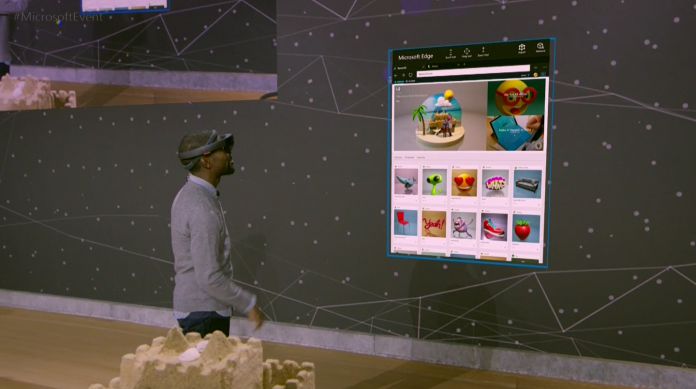 Earlier in the week, Microsoft Windows 10 Creators Update and Surface Studio event was a huge success. Among the company’s big plans for the Windows 10 platform is virtual reality. The revealed that the Windows Holographic shell is coming to all Windows 10 PCs with the Creators Update. A number of new VR headsets were also revealed, with a price tag of $299.

Microsoft has now expanded on the details its virtual reality aspirations in an interview with Polygon. By making the Holographic shell easily available, Windows 10 will become a true VR platform. The company showed off numerous examples of this, including Paint 3D, this week.

The company is also trying to make virtual reality accessible. At the moment, headsets like Oculus Rift and HTC Vive costs of $700 to buy. Considering a high-spec PC is needed to run them properly, the overall cost of VR is expensive.

In the interview with Polygon, Microsoft Technical Fellow Alex Kipman revealed more details of the plans. Interestingly, the headsets revealed at the event this week will not all offer the same experience to users. That means the devices from Lenovo, HP, Dell, Acer, and Asus could come with differing specs.

“The device we put on stage is a working device,” Kipman says. “We announced this partnership at Computex and invited people in our ecosystem to participate. What you saw today was the result of the last six months.”

Microsoft has long been critical of the fact that virtual reality blocks the users off from their actual environment. The company HoloLens augmented reality device places objects into an immersive real world. On Windows 10, the company will attempt to create a VR experience that really interacts with the space.

“It allows you to freely move through space safely. This is the first created for the real world. This is the thing that people are saying is the future. But it’s something we are shipping with the Windows 10 Creators Update” this coming spring. Nobody in the world has this. This is HoloLens technology.”