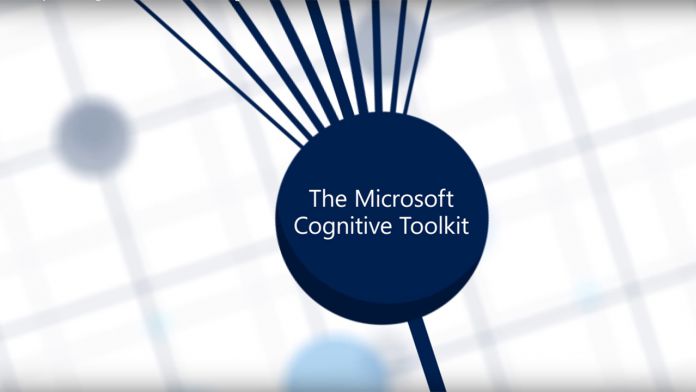 Microsoft’s Cognitive Toolkit is a big part of Microsoft’s plan to “democratize AI,” and today it was made even more powerful. The toolkit involves a system for deep learning and can speed up speech and image recognition.

Though the toolkit was previously developed under the name CNTK, this marks the first major upgrade since the name change. Cognitive Toolkit 2.0 comes with additional languages and performance improvements.

The main addition in this build is the ability to use Python and C++. However, developers can also take advantage of an AI method named reinforcement learning.

The performance of the Cognitive Toolkit has also been increased considerably. This makes it faster than the competition, especially with big data sets and multiple machines.

According to Microsoft, it’s not just labs that can benefit. Performance increases on a mass scale open AI up for use in consumer products.

“One key reason to use Microsoft Cognitive Toolkit is its ability to scale efficiently across multiple GPUs and multiple machines on massive data sets,” said Chris Basoglu, partner engineering manager at Microsoft.

The team put much of its success down to the toolkit, as it enabled them to research much faster than was previously possible.

Xuedong Huang, the lead scientist on the project, told VentureBeat that lack of Python support was the toolkit’s biggest shortcoming. “That’s why external support has been very small,” he added.

Though Python 3 support exists, integration of Python 2 is still currently in development.

You can read more about the changes on the Microsoft blog.