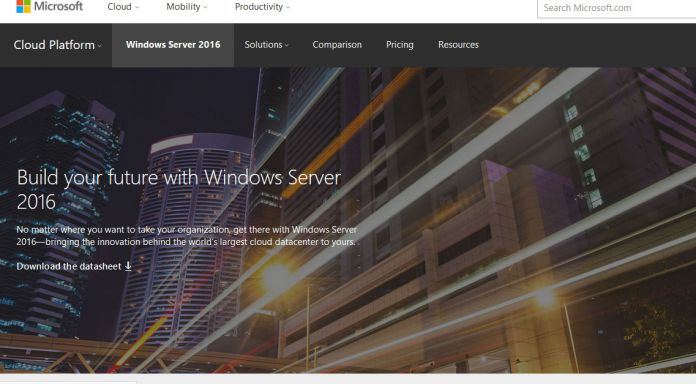 Google is the latest company to adopt Microsoft’s cloud offerings. The Google Cloud Platform is expanded with support for Windows Server 2016 instances. In a blog post, the company says Google Compute Engine virtual machines can be bought with Windows Server 2016 preinstalled.

This is another instance of Microsoft’s unique position in the cloud environment. On the one hand, the company is a cloud service provider and rival to Google and other companies. However, on the other hand Microsoft also supplies software and other services for all cloud providers. It is a position the company actually juggles very well.

Just last week, Amazon announced that its Elastic Compute Cloud (EC2) now supported Windows Server 2016. This is on top of Microsoft’s own integration on its Azure cloud platform.

Customers will pay by the minute for virtual machines on Windows Server 2016 through Google’s cloud. Users get customization options like changing instances of memory and CPU. The company explains in its post how volume licensing works:

“It’s also possible to use Microsoft’s License Mobility for Google Cloud Platform program to move existing Windows Server-based application licenses under volume licensing agreements to Google’s datacenter infrastructure, although Software Assurance is required. The applications servers that can be moved include Exchange Server, SharePoint Server and SQL Server, among others.”