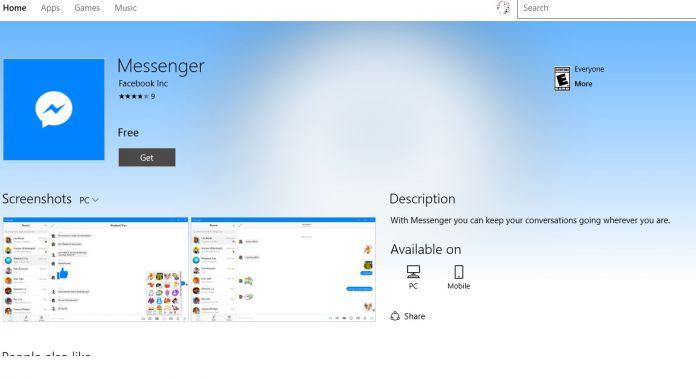 Facebook is showing some love to Microsoft’s Windows 10 today. The social network has announced Voice and Video calling capabilities for Facebook Messenger on Windows 10 PCs and tablets. This is good news for users who have been requesting these features for most of the year.

The Facebook Messenger app arrived on Windows 10 earlier in the year. It was a fairly complete iteration of the service we know from other platforms. However, it was missing Voice and Video calling capabilities, which are pretty important on these kinds of apps. It is worth remembering, these features have been available elsewhere since 2014 and 2015.

For the most part, Facebook has embraced Windows 10 and Microsoft’s Universal Windows Platform (UWP) concept. It is nice to see the company continue that by bringing the Messenger service closer to other platforms.

We have heard reports of some users seeing Voice and Video abilities before, only for the feature to disappear. It is clear Facebook has been working on it and is now ready to roll out the service for everyone.

This is not an update you need to head to the Windows Store for. Instead, the company is doing a server-side roll out of Voice and Video. The downside to this is that some users need to wait for the feature, while others already have it.

As mentioned, this is a Windows 10 PC roll out, so Windows phone Facebook Messenger service will not get it. The random inclusion of the feature has happened on Windows 10 Mobile, though. Perhaps Facebook is close to bringing Voice and Video calling to the mobile app too.

Just yesterday, Facebook Messenger was named among the best messaging services for privacy. Amnesty International praised the service for its end-to-end encryption methods. At the same time, the human rights group took a poor view of Microsoft’s Skype for lacking such encryption.