Advertising network AdDuplex has sent out its latest monthly report on the state of the Windows platform. The company uses a 24-hour period each month to offer a snapshot of how Windows is performing on the market. It continues to be bad news for Microsoft’s Windows 10 Mobile platform. However, the Windows 10 Anniversary Update is tracking well.

For its 24 hours this month, AdDuplex used October 19, which was two days ago. The biggest takeaway from the report is that Windows 10 Mobile has stopped growing. The platform is simply not finding its way to new devices quick enough.

Two months and for the third in succession, the mobile platform is around 14%. If we take the hard data, it has actually decreased to 13.7%. However, AdDuplex says this can be attributed to a margin of error in data collection. In August, AdDuplex showed that Windows 10 Mobile was running on 14% of all Windows phone devices. 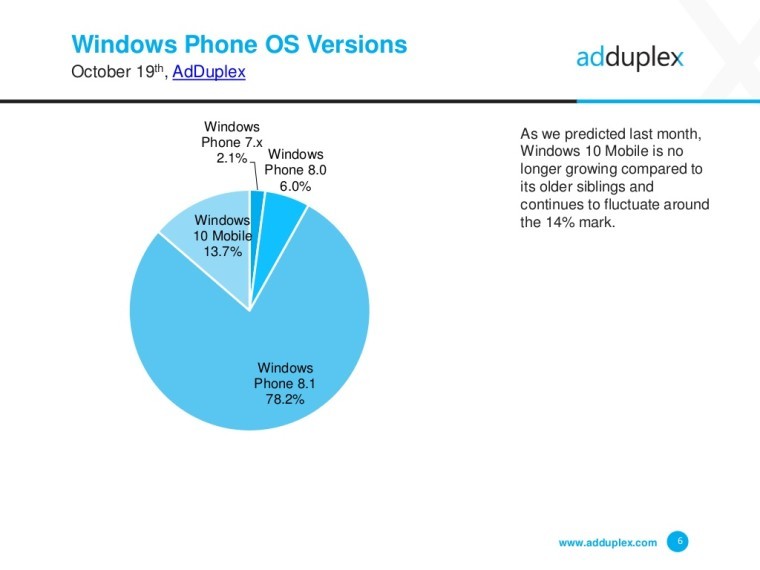 This represents a very slow adoption rate considering Windows 10 Mobile has been around for nearly a year. Of course, through the first months of its life it was limited to the Lumia x50 devices. Microsoft made the platform available as an upgrade to older Windows devices in March. The company then made a decision to stop making new Windows 10 Mobile hardware. 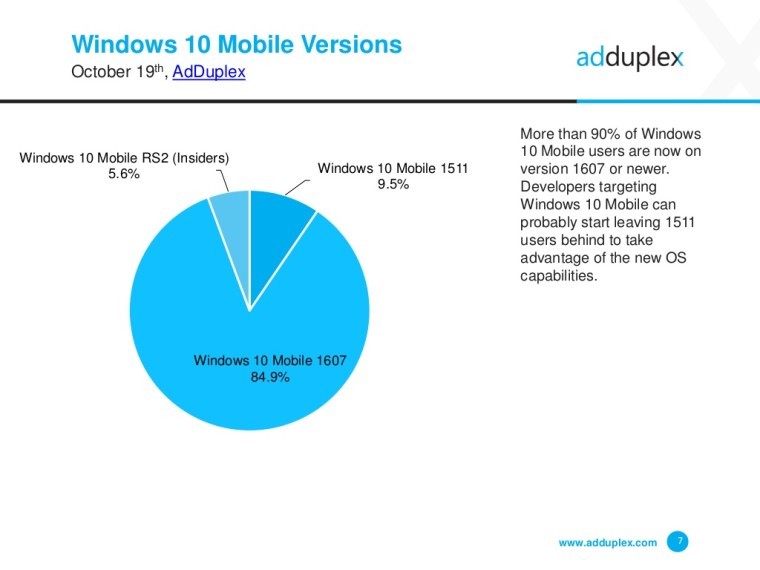 OEMs have not been able to make up the difference. It is also apparent that many users of older compatible devices have not upgraded. It is unclear why this is the case, especially since Microsoft has launched the Anniversary Update to the platform. That update has been well received on existing Windows 10 devices, though. AdDuplex shows 85% of all Windows 10 Mobile handsets run the Anniversary Update.

The Anniversary Update is also continuing to be adopted steadily by PC users. The upgrade is now running on 76.6% of all Windows 10 machines. The build has increased more than half since last month, when the adoption rate stood at 34.5%. It is worth remembering that Microsoft has been rolling out the Anniversary Update in stages.