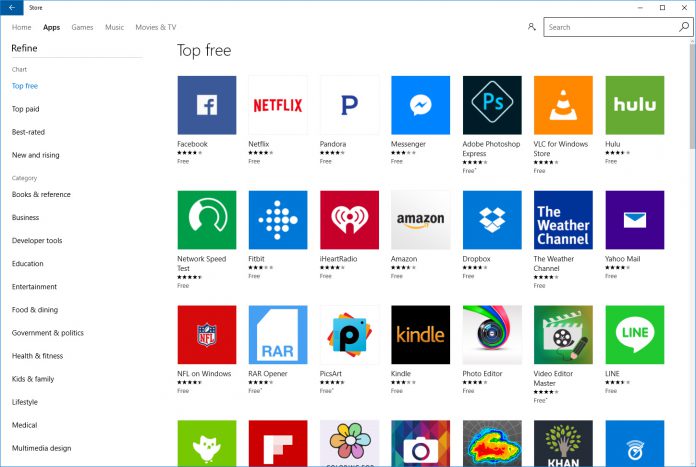 Microsoft is on a mission to rid the Windows Store of all the app clutter. The company is clearing away all the poor quality applications and those that have been abandoned (abandonware).

To make the process easier, Microsoft sent an email to developers earlier in the year. The email said apps would be removed if they were not updated to a new Windows Store ratings system. As well as forcing the new system, this method allows the company to see which apps are abandoned. Essentially, if the app is not updated it must be abandoned.

At the time Microsoft said in an email to developers: “As part of our continuing efforts to improve the Store experience for our joint customers, we notified you several times to complete the Dev Center age rating questionnaire for your apps that did not have ratings based on the questionnaire.”

“If you do not act by the deadline of September 30, 2016, we will need to unpublish your app for failure to comply with policy 11.11, Age Ratings.”

App Clutter Not the Difference

We are often told the difference between Windows 10 Mobile and Android/iOS is a disparity in apps. Apple and Google has nearly one million apps on their platforms. Windows simply cannot compete with that. However, that’s not entirely true as the real problem is the disparity in big name developers.

In other words, more large developers create services for iOS and Android, ignoring Windows. 90% (no, not an official number) of all the major app stores are littered with junk. There are literally hundreds of thousands of apps that no-one wants and no-one uses. The lack of some important apps and wider support is what really hurts Windows.

Microsoft has been trying to address the balance. The company’s Universal Windows Platform (UWP) and various app bridges make porting apps to the platform easy. The company wants more developers to follow this path.