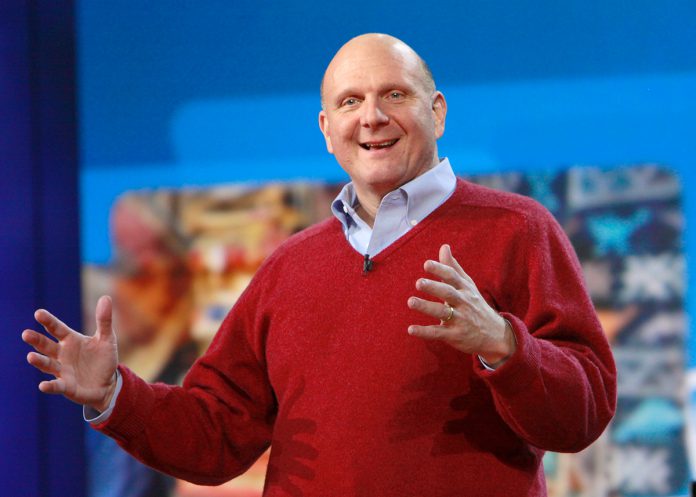 Former Microsoft CEO Steve Ballmer talked to CNN on Friday, following rumors that he is looking to purchase Twitter. During that conversation, Ballmer denied any interest. He did, however, reveal one juicy tidbit: Microsoft tried to buy Facebook.

According to the former CEO, Microsoft offered Zuckerberg $24 billion in its younger days, which lines up with reports from David Kirkpatrick’s book ‘The Facebook Effect.’

However, according to Kirkpatric, “Microsoft [would] acquire a small stake in Facebook at a $15 billion valuation. Then, Microsoft would have the option, every six months, to buy another 5 percent of Facebook. A complete takeover of the company would take 5 to 7 years.”

This isn’t the first time Ballmer has admitted to the offer, but it is the first time he’s given a figure on the purchase. His number conflicts with Kirkpatrick’s, it’s possible he was talking about the sum over five years.

Of course, Zuckerberg said no, but Microsoft did manage to buy 1.6% of the company for $250 million. The caveat was that Facebook would have to tell Microsoft if it ever began considering a Google buyout.

Rumors suggest that Ballmer and Saudi Prince Al-Waleed bin Talal are looking to make a bid on Twitter. However, the former CEO vehemently denied this.

“I have never, ever, ever wanted to buy Twitter myself,” said Ballmer. “I’ve got a good life right now. I don’t need to do that.”

He did have some praise and advice for the company, however.

“I don’t think there’s any substitute in the market,” said Ballmer, “It’s an irreproducible asset today. I think it’s fantastic. The company’s either got to take an independent path, or it’s gotta sell to somebody who can propel it. With the right time, with the right leader, that thing could really be made into something.”

In reference to CEO Jack Dorsey running two companies, he said simply “I think that’s a weird deal. That could be an issue.”

Ballmer also reflected on his $7.2 billion acquisition of Nokia, given Microsoft’s declining phone business. It appears Ballmer has no remorse over the deal.

“The phone business, I’m not apologetic about. Current management chose to go in a different direction,“ he said.

According to Ballmer, his biggest mistake was the purchase of ad display firm aQuantitive in 2007. The company later took a $6.2 billion writedown on the deal.

The former CEO called the decision “a blow into a gale force wind,” and praised the new direction taken by Satya Nadella.