If you are an avid mobile user, the chances are you know what TuneIn Radio is. The radio app is hugely popular and now Microsoft has collaborated with the app. Enhancing Bing’s music searching ability, Microsoft has teamed with TuneIn.

With help from the app, Bing can now find the most popular online radio and provide quick links to listen. In its official announcement, Microsoft points out that radio is the number one medium for listening to music. Despite being among the oldest tech-entertainment platforms, Nielson shows that 93 percent of adults listen to the radio.

Microsoft adds that improving radio search abilities in Bing is a necessary progression. The engine already deals with lyrics, videos, and listening locations.

From the Bing team:

As mentioned, TuneIn is the most popular radio app on mobile devices. It is available on the Windows Store, where it is described as:

“Listen to the world’s largest collection of radio stations on your Windows 10 device, absolutely free. TuneIn has all of the best sports, news, music and talk radio as well as top podcasts. Stream over 100,000 real radio stations, playing live from around the world. This is real radio.” 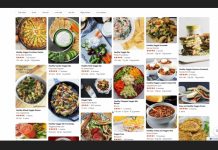