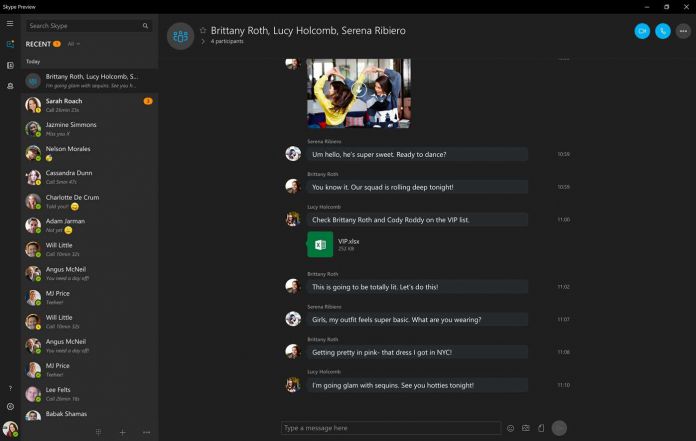 If you are running the Universal Windows Platform (UWP) Skype Preview app, you can now grab a new update. Microsoft has rolled out a new release for its Windows 10 Skype app. The update brings the service up to version 11.8.202.0. However, this is not a feature release per se and just focuses on fixing bugs.

There is a focused new addition for users of the Lumia x50 Windows 10 Mobile smartphones. The x50 range includes the flagship Lumia 950 XL and the Lumia 950 and Lumia 650. With version 11.8.202.0, Skype Preview has improvements for receiving calls on these handsets.

Other than that, the changelog is bare. Microsoft says it has performed bug fixes while making “miscellaneous” improvements to the app in general.

As always, you can pull in this update by heading to the Windows Store. For completion, this is the log from the company:

Skype Preview is Microsoft’s UWP version of the service. It crosses Windows 10 on all devices for a uniformed Skype experience. It has been generally available to all users since the Windows 10 Anniversary Update in August.

As a UWP offering, it is available on mobile, PC, tablets, HoloLens, and even Xbox. Indeed, last month we revealed that the app has shown up on the games console, although the service is not active yet.