2016 has become a year to forget for Yahoo. The problem is it follows a series of years to forget for the ailing internet giant. With the company now facing a double-digit fall in ad revenue, the future of Yahoo could be in jeopardy. Because of this latest decline, telecommunications giant Verizon might pull out of its acquisition of the company.

In July, Verizon announced it had agreed to buy Yahoo’s operating business for $4.83 billion in cash. Since then a lot has happened, including the news that Yahoo lost data for 500 million e-mail accounts. The company has also had to face accusations that it was spying on users for the US government.

Yahoo denies those accusations, but the brand has been damaged. According to reports, Verizon has already sought a $1 billion discount on its original offer. The request was denied, but the US carrier obviously feels that the last few months mean Yahoo is not worth as much.

With a loss in revenue compounding the matter, Verizon may just leave the deal entirely. Reuters says there is a clause on the contract between the companies that would give Verizon a way out. This clause states a new factor “reasonably can be expected to have a material adverse effect on the business, assets, properties, results of operation or financial condition of the business”.

Yahoo has been subjected to a number of those factors that damage the material effect of the business. In other words, Verizon is well grounded should it decide to leave the acquisition.

If Verizon does pull out, there will be questions over the long term future of Yahoo. As we reported earlier in the year, Yahoo CEO Marissa Mayer was against selling the company. Microsoft was among those reported to be interested in a purchase.

Verizon leaving would leave the board at odds once again, although Mayer’s stance is likely to have changed in recent months. It would be increasingly likely that Yahoo would need to be sold or risk going out of business entirely. While the company is still huge and has hundreds of millions of users, it has been dwindling for years.

Yahoo going out of business entirely is a worst case that is some way off. However, there is a lot riding on Verizon’s purchase and how the company can weather the recent storms it has been embroiled in. 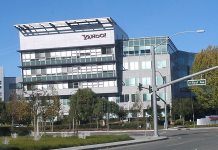