Microsoft has rolled out its latest release of Bing Maps V8. The developer version of Bing Maps is moving to its September Update with a new SDK. Among the new changes in this update include data binning and changes to TypeScript Definitions. Microsoft has also added support for contour lines to give maps more detail.

The update also brings other improvements to the service. However, Microsoft has yet to publish the full changelog on the What’s New page (at time of writing). This is not uncommon as the company can sometimes take more than 24 hours to update the page.

Of the new features, here’s what Microsoft says:

“Contour Lines, also known as isolines, are lines that connect points that share a characteristic of equal value. These are often used for visualizing data such as elevations, temperatures, and earthquake intensities on a flat 2D map. This module makes it easy to take contour line data and visualize it on Bing Maps as non-overlapping colored areas.

Data binning, is the process of grouping point data into a symmetric grid of geometric shapes. An aggregate value can then be calculated from the pins in a bin and used to set the color or scale of that bin to provide a visual representation of a data metric that the bin contains. The two most common shapes used in data binning are squares and hexagons. When hexagons are used, this process is also referred to as hex binning. Since the size and the color can both be customized based on an aggregate value, it is possible to have a single data bin represent two data metrics (bivariant). The data binning module makes it easy to create data bins from thousands of pushpins.”

In August, Microsoft launched support for TypeScript Definitions in Bing Maps V8. The feature means dev’s can find problems with Bing Maps in their applications before they become serious. Also that month, the company sent out the first monthly update for the service. Among the new features added were Spatial Math Geology, Dragable Pushpins, Custom Overlays, and more. 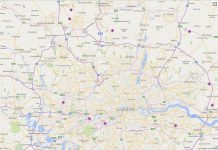 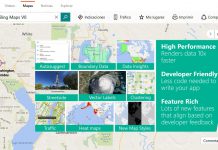