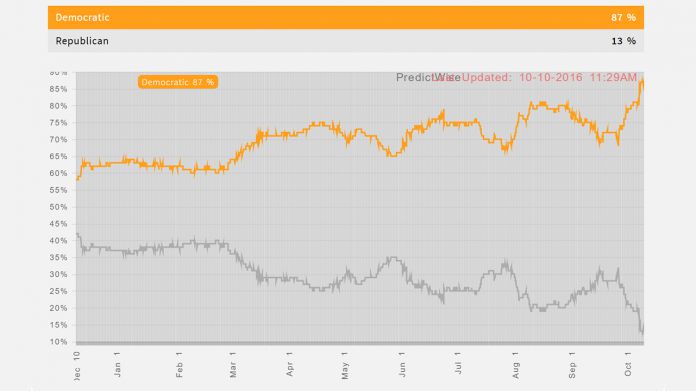 It feels like the whole world has been weighing in on the US presidential election this week, and Microsoft is no different. Researcher David Rothschild has published his prediction, and Clinton has come out on top at 87%.

Rothschild’s PredictWise service is one of the driving instruments behind Bing Predicts. It pulls data from political searches, social media, and betting sites to give a semi-accurate forecast. Microsoft has done well in the past with NFL, Rio Olympics and Dota 2.

The presidential prediction comes from Rothschild’s PredictWise website. His predictions also make use of his own personal research, as well as betting sites and polls.

“These are different ways that individuals engage with an online system and either implicitly or explicitly answer a question and provide a data point,”  he said, adding that he has a “method of aggregating that data to create forecasts.”

“How people act on the web correlates to how they vote,” said Walter Sun, team lead for Bing Predicts.

The forecasts are updated in real-time, revealing changes in public image as they happen. However, they also act as a transparency layer, showing the workings behind the predictions.

According to Rothschild, this is just the “tip of the iceberg for market intelligence.” The Microsoft employee believes we’ll see an increase in these tactics in the future.

He also believes that advertising is a big driver behind the decisions. Clinton’s budget was significantly higher than Trumps in the lead up to the debates, which may contribute to the high percentage.

Though his predictions may not turn out to be accurate, he notes that “it will be very interesting to see what happens,” especially considering the lopsided spending.

You can check out full data set on the PredictWise site. 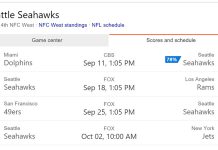 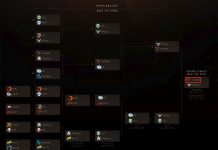