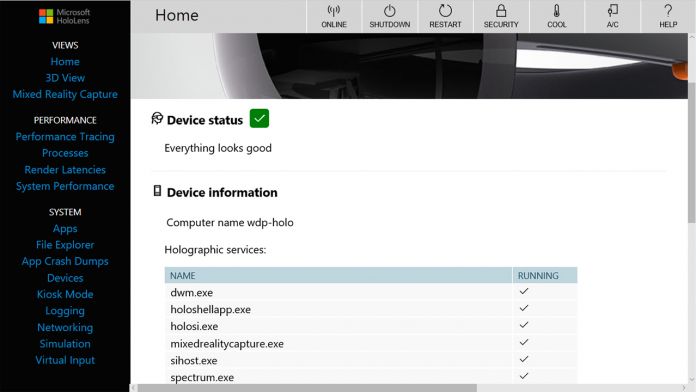 Microsoft was labeled the most popular open source company on GitHub this year, and it’s no wonder given the huge amount of projects now open to the public.

Those who aren’t on the Anniversary Update may be unfamiliar with the service. Essentially, it’ s a small web server built into every Windows device than can be enabled in developer mode. Its primary use is in diagnostics. It gives devs access to the following tools:

The new release simply takes the Device Portal REST APIs and wraps it in C#. This creates and object model for responses and makes it easier to connect to the portal on devices.

The wrapper doesn’t support all of the capabilities but does handle the most popular ones. Microsoft has confirmed functionality for app management, performance metrics, the Isolated Storage explorer and Mixed Reality capture.

The team is working on implementing the other REST APIs, which should come as part of the 1.0 release. There are also plans to support .NET Core so that Linux devices can make use of it too.

Other than that, the bulk of the work will be staying update to date with the latest tools in the Device Portal, which Microsoft has plans to expand soon.

You can find out more about Microsoft’s development plans over on the Windows blog. You can also check out the wrapper on GitHub now.