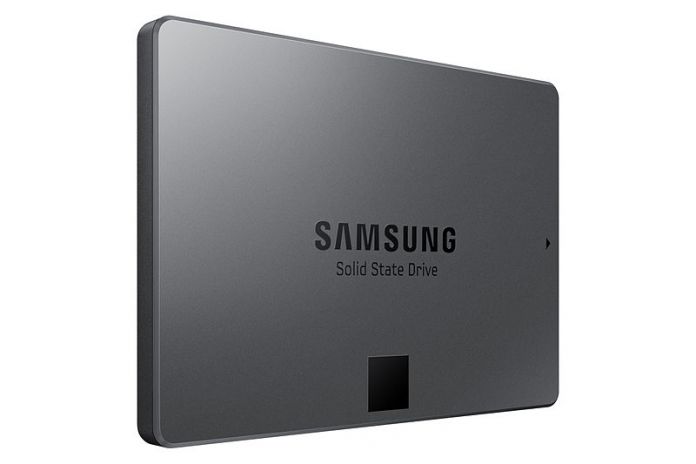 Sales of SSDs for both PCs and servers grew substantially with client-level SSDs up 44% year over year and enterprise-level SSD up 37%.

SSD Demand in the PC Market

A few different factors have caused SSD prices to continue to fall. The cost to purchase flash memory commonly used in lower-end SSDs have decreased. Availability of 128 GB SSDs for less than $40.00 has made SSDs more attractive for consumers looking for storage devices.

The performance of SSDs has also gone up recently, thanks to the availability of new protocols and controllers that reduce latency. In combination with improved stability, SSDs are getting more and more attractive for buyers of high-end PCs.

An increased demand for ultra-thin laptops is another strong driver mentioned by Trendfocus. We can expect this trend to continue with further advances in SSD performance at falling prices. 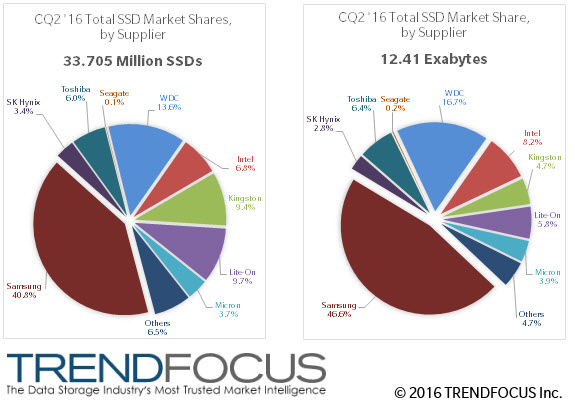 While SSD sales in the Enterprise are still lagging the client market, the segment sees  impressive growth, too. New technology, such as 3D NAND flash drives, have made SSD storage more appealing to data centers.

Samsung, which is the market leader with more than 40% of the market, has been focusing on making larger and therefore more profitable units. Enterprise-class SSDs are becoming larger and performing better, causing data centers to replace tradition HDD drives with SSDs.

2D NAND or 3D NAND flash memory is a common component in many SSD Drives. However, it appears that there may be some limitations with the NAND supply that may affect the SSD market in the future.

Manufacturers are currently working to increase production of 3D NAND. However, because 3D NAND requires a completely different manufacturing process, factories cannot increase production quickly enough to meet current demand. So, overall production of 2D NAND SSDs is expected to stay flat, and some SSD makers may even scale back their current output.

Samsung will continue using more of their NAND in phones and larger units. Other NAND manufacturers have contractual responsibilities that require them to supply smartphone companies with NAND before anyone else.

Skyrocketing demand for NAND flash memory combined with the limited growth of supply is expected to put upward pressure on SSD prices. It is expected that SSD prices will flatten out shortly. It is unclear how consumers will respond to SSD prices that are not falling dramatically – or whether people who have been waiting for the market to ‘bottom out’ may buy SSDs soon, causing an uptick in sales.