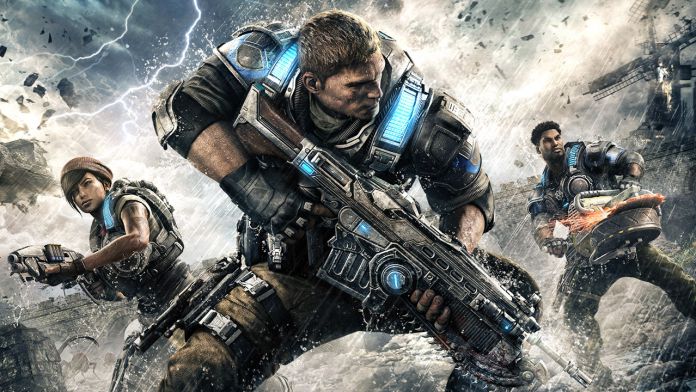 This week is going to be a big one for Microsoft, with the launch of Microsoft exclusive Gears of War 4 tomorrow. Following it will be WWE 2K17, the Battlefield 1 Beta, and plenty of other releases.

Microsoft has taken to the Xbox Wire blog to detail exactly what’s coming and when you can get your hands on them.

Gears of War 4 is the first installment of the franchise that won’t be developed by Epic Games. As a result, a lot of Microsoft Studio’s perception hinges on its reception, and they’ll want to impress fans of the franchise.

Early reviews are showing that Microsoft has done okay. Customers with the Ultimate Edition have been able since Friday, and have given the game generally positive reviews.

The fourth installment begins 25 years after Gear of War 3, featuring Marcus’ son as the new protagonist. The multiplayer is apparently great, though the depth of story from the original series is lacking.

We’ve been following Battlefield 1 since its open beta, and it’s looking like a solid game, if not a bit unbalanced. On October 13th we’ll get a real look at the final game as player’s get access to the Play First Trial.

Recent information has revealed an integrated spectator mode for cinematic productions, as well as gameplay footage from a story mission.

It should make things much easier for content creators and will add to the overall game experience.

WWE 2K16 proved an extremely popular game for fans and non-fans alike. 2K17 continues in that vein while adding more characters, as well as improvements to MyCareer and Universe Mode.

Early reviews say that it only improves on last year’s title, with great improvements to multiple player match-ups, though the commentary is particularly bad this time around.

The game will be coming to Xbox One on October 11th.

Thankfully that’s not all, with several DLCs and other smaller releases on the way. Here’s a list of what else is coming:

You find more details about these releases on Xbox Wire.