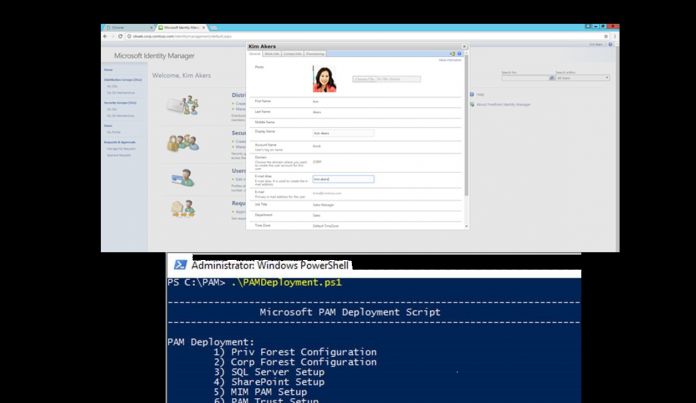 Microsoft Identity Manager (MIM) 2016 Service Pack 1 has been made generally available today. The company announced the GA for the service through an official blog post. MIM gives customers are range of tools to manage identities. They can synchronize identity management across on-premises databases, applications, and directories.

Those abilities are delivered through the cloud using the Azure platform. Microsoft Identity Manager (MIM) Service Pack 1 arrives with all the previous features of earlier preview releases. The service was first introduced in August 2015 and has been through numerous test updates.

MIM also gives admins tools to manage their security infrastructure. Among its tools is a feature to grant which members of an organization can have access to data. Senior Program Manager Steve Lieberman discussed the move to GA in today’s post:

In addition, customers may can leverage an Office 365 mailbox for MIM self-service group requests, approvals, and email notifications. This helps customers that have invested in a hybrid infrastructure of having MIM on-premises and Office 365 reduce the need for on-premises Exchange servers. To make it easier for customers to deploy a secure on-premises identity infrastructure, we have added menu driven PowerShell scripts to automate the configuration and deployment of MIM in a Privileged Access Management environment, also known as a bastion forest.”

Importantly, MIM 2016 Service Pack 1 can integrate with Microsoft’s various services. This includes cloud-based offerings like Outlook 2016, Exchange 2016, SharePoint 2016, and SQL 2016. All customers can now get Service Pack 1 through the Microsoft Volume Licensing Service Center website, as well as from MSDN subscription downloads (if you have an MSDN subscription).