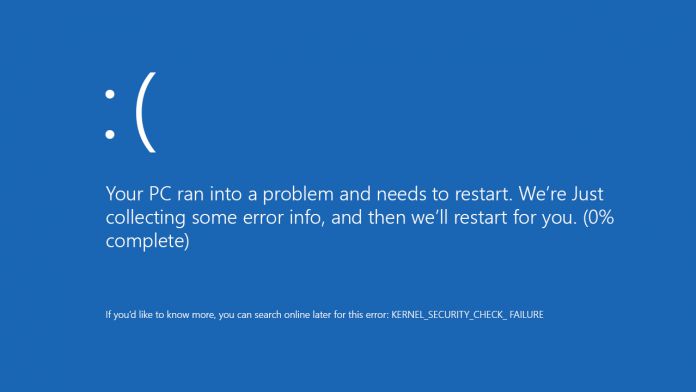 Last night Microsoft confirmed a major issue with a number of Desktop Bridge apps. When running Win32 apps ported to the Windows Store, some users are getting the error code: “0x139 (KERNEL_SECURITY_CHECK_ FAILURE).”

The error results in the PC shutting down unexpectedly, and if the application runs on startup this could cause a boot loop. The issue seems to be most prevalent for those with AMD drivers, but also happens in other select cases.

According to official documentation, Microsoft has resolved this issue internally already. You should get an automatic update soon that will solve the problem.

Until then, there are several things you can do to ensure your computer is safe. Here are Microsoft’s official instructions:

If you’re already in a boot loop, I’m afraid you’re in for a bad time. Microsoft recommends a system restore from before the apps were installed. This could result in a loss of data, so it’s not ideal.

The problem may speak to the larger issue of improper testing. We’ve recently seen Windows builds with webcam and PowerShell issues, and now this. Microsoft’s Insider program is great, but dedicated internal testing by professionals will always win out.

In this case, however, Insiders would have been a great a resource for finding the issue with different system configurations. Instead, Insiders didn’t get access to Bridge for some time, and apps only came to the store recently.

Whatever the case, recent builds have shown something needs to change about the testing model. Above anything else, users need to know that their OS and data is stable and secure. Hopefully, Microsoft will learn from its mistakes, and this will be the last issue we see for a while.