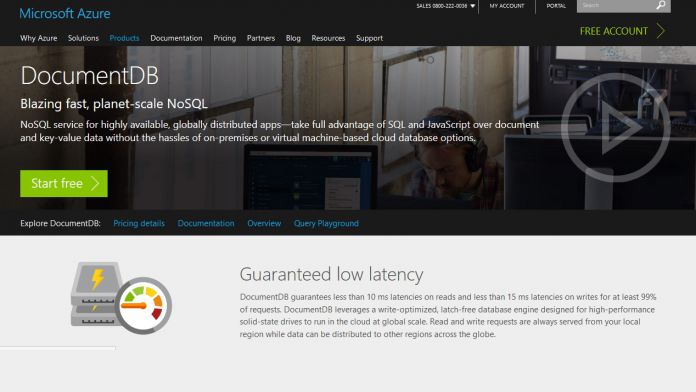 Azure DocumentDB is receiving a new update for all four of its client-side SDKs. Microsoft announced the update today, bringing improvements to the Python SDK and .NET SDK.

If you are unfamiliar with Azure DocumentDB, it is Microsoft’s low latency, NoSQL database. The services is for globally distributed apps and offers JavaScript and SQL for virtual machine-based cloud databases.

The latest update is released across all four SDKs, with Python improvements chief on the release notes. Importantly, Azure DocumentDB now supports Python 3, moving from Python 2.7. Customers can now access Python 3.3, Python 3.4, and Python 3.5, or simply stay on version 2.7.

Creating connections is also an easier process in the Python SDK. Microsoft has added connection pooling to allow users to create connections in the same sessions. This avoids having to create a new connection for each request. Microsoft explains that more performance tweaks have also been added to the SDK:

“We also added a few enhancements to consistency level support, and we added Top and Order By support for cross-partition queries, so you can retrieve the top results from multiple partitions and order those results based on the property you specify.”

The .NET SDK for DocumentDB has also been given a tweak in today’s update. Partition collections have now been given direct connectivity support. Performance improvements in Bounded Staleness consistency level are also on board. Finalizing the .NET new features is LINQ support for StringEnumConverter, IsoDateTimeConverter and UnixDateTimeConverter while translating predicates.

Changes to the Java SDK are fewer. DocumentDB now allows queries across partitions within a collection thanks to a change to Top and Order by Support features. This same feature has also been rolled out for the Node.js SDK, Microsoft confirmed.