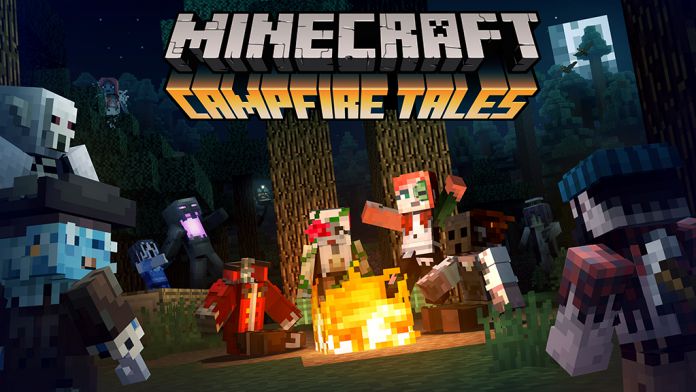 Mojang has today announced a new update for Minecraft Pocket and Windows 10 Edition games. The developer is getting in early with a Halloween theme before the holiday later this month. This release is build 0.15.10 and comes with the Campfire Tales skin pack and some minor changes to performance.

The Microsoft-owned company also explains some issues it has been having. Specifically, Mojang says there are some problems in the way recently launched MINECON skins are being distributed. Some users are being asked to pay for the content even though it is supposed to be free. Gamers are advised to use the code MINECON2016 if prompted for payment.

A mentioned, this update includes the Campfire Tales skin pack. Minecraft PE and Windows 10 Edition gamers can now get the list of new skins, each with a story behind. Included in the pack is the jealous Headless Haunter, the vengeful Lumbering Jack, the obsessive Sea-Swallowed Captain, the hasty confectioner Crisp, the cursed Well Wisher, Rancid Anne, The Sham, Ol’ Diggy and the Risen Rose.

Mojang has provided a full changelog for build 0.15.10:

Yesterday, Mojang rolled out a new update for Minecraft on consoles. Starting with the Xbox 360 and Xbox One, the update was also launched for the Wii U. The release brings a number of new goodies. Includes in the update are new blocks and igloos. Gamers can also interact with a new animal, the polar bear.