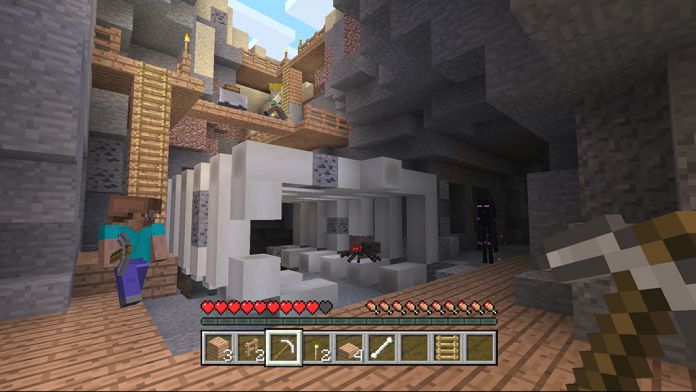 Minecraft gamers on Microsoft’s Xbox 360 and Xbox One consoles are getting a new update today. Microsoft-owned Mojang has issued the latest update for the all-conquering game. The company says the update is also coming to Nintendo’s Wii U today. Other consoles (Sony’s PlayStation’s) will get the update tomorrow.

The release brings a number of new goodies. Includes in the update are new blocks and igloos. Gamers can also interact with a new animal, the polar bear.

“It’s here! Rolling out across consoles today and tomorrow: an update that brings polar bears young and old, customisable banners, beetroots and related restorative soups, new blocks, buildings and more. You’ll be able to take shelter from the harsh weather of Arctic Biomes in new igloos, and delve beneath the earth for primordial treasures in the shape of giant fossils made of Bone Blocks. Other new blocks include: End Bricks, Grass Path, Frosted Ice, Magma, Nether Wart Block and Red Nether Brick.”

Users of the Xbox consoles can now purchase a new DLC pack. The Chinese Mythology Mash-Up pack brings a new pre-made world, 41 new skins, and 13 musical themes. Gamers can grab it now for $4.99.

Just over a week ago, Mojang dropped a big update for the game. The Exploration Update for Minecraft added Llamas to the animal collection, introduced bona fide mansions for the first time, and added new maps. The company also offered some details about the upcoming Boss Update, which will drop Oct. 18:

“Not only does the Boss Update for Pocket and Windows 10 bring some much awaited mobs – the Elder Guardian can now be found in the sprawling, mysterious Ocean Monuments, and the Wither appears in revamped fighting form – there are loads of big technical tweaks besides. It’s boss in every sense!”