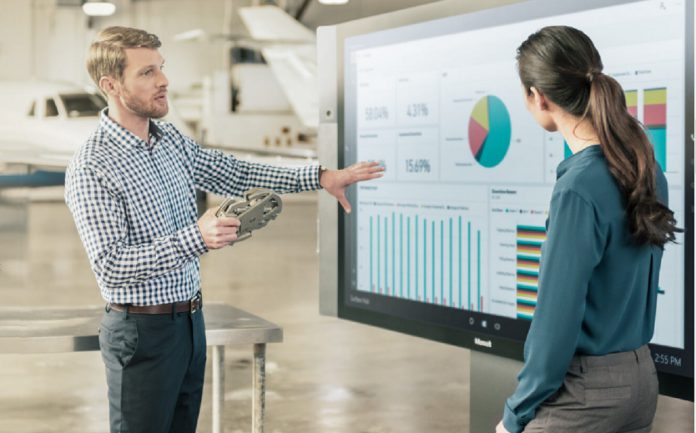 Last month, we reported on Microsoft’s on-screen fingerprint reader idea and its potential applications. It appears the Redmond giant has also been thinking, and a new patent filing reveals further plans for the hardware.

The original patent described a system in which users place their finger on a screen to unlock a phone. Microsoft mentioned then that it could work with other screens, but the new filing suggests use with the Surface Hub and table.

By using the whole screen as a fingerprint sensor, Microsoft will be able to identify seperate users and deliver personalized content. This could allow multiple users to work on individual content simultaneously without overlap.

One example given is the ability to display related documents and menus. Office 365 means that the user could get access to documents shared with colleagues, as well as their own cloud docs or most recent ones.

Furthermore, the technology may be able to tell the difference between each finger. This could lead to individual functions for each, or a better interpretation of touch events.

The filing also mentions use in palm rejection. By determining if the object touching the screen has a fingerprint, Microsoft can reduce the number of accidental clicks. This would be especially useful when drawing, as it would eliminate the tiny dots you sometimes get from hand placement.

Right now it’s all theoretical, but it’s possible Microsoft is working on making it a reality. Integration into the Surface line could lead to a superior touch experience, giving a significant edge over competitors.