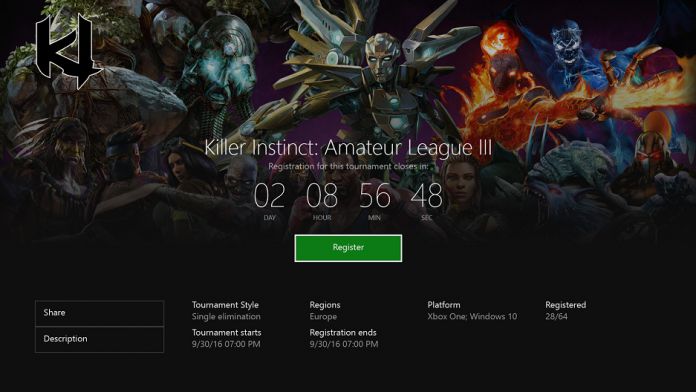 At this year’s E3 Microsoft announced a boat load of new features, including Looking for Group, Clubs, and Arena on Xbox Live. The former two already launched to Insiders last month, but the latter has been missing until now. The service should launch at some point today, if not already.

Arena is Xbox Live’s own tournament system. Microsoft believes it will “make eSports more accessible for gamers everywhere, regardless of skill-level.”

The “everywhere” part of that mission statement isn’t quite there yet, as it’s only available for Killer Instinct and in the US. However, more games and regions should be coming shortly.

As well as the Xbox One Arena, this update adds tons of other features, including improvements to LFG and group messaging. Full list below:

The last preview is also worth a look, as it fixes several issues with streaming services, Snap, and notifications. Insiders can get hold it now via settings.

You can view all of the Arena update details on Xbox Wire.