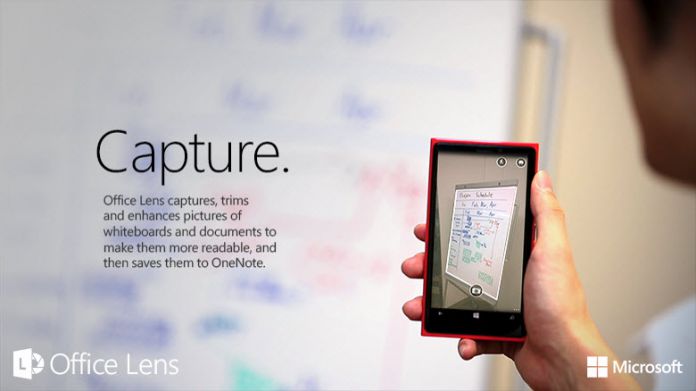 Microsoft has indicated that Office Lens will be integrated with OneDrive for Business. At its Ignite 2016 event, the company showed the two products working together. This will enable businesses to use their devices as scanners while on the go.

OfficeLens integration with OneDrive for Business for scanning receipts, docs, etc. Will be on all platforms. #MSIgnite pic.twitter.com/MWPTzoDOk3

Office Lens enables users to foto-scan whiteboards and other documents. With its reduce glare and shadow feature it is a handy tool for meetings, seminars and conferences.

Once a photo is imported, its content can be saved in Word or PowerPoint format or even as a Portable Data File. Office Lens also allows users to scan various things, such as receipts, handwritten notes and business cards. Content is automatically synced with Office 365 accounts so it can be accessed from anywhere.

According to reviews on the Windows Store many users were having problems with Office Lens failing to work with their device. More recent reviews between 4.5 and 5 stars indicate that those issues have been resolved.

I was easily able to install Office Lens and use it without problems. However, the application does not provide any way to scan multiple photos at the same time. Reviews at the Windows App Store consistently bring this up, so look for Microsoft to possibly address this issue in future Office Lens versions.

Office Lens is also available for free for Android and iOS. Users on both platforms seem to be happy with the feature set, rating it with at least 4.5 stars out of five.