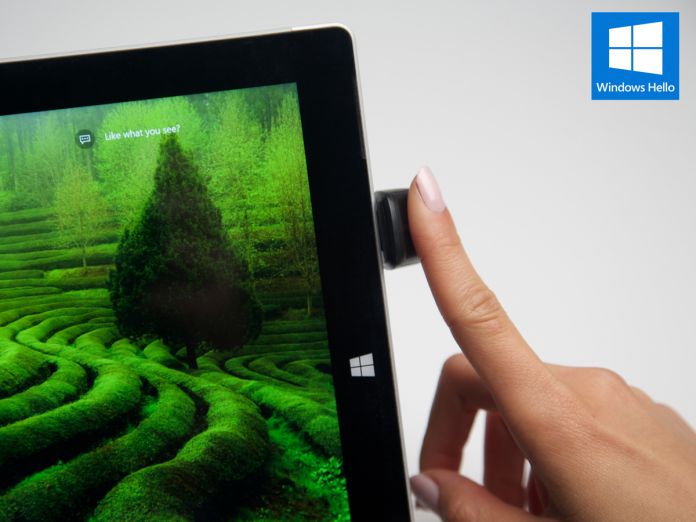 The Windows team took to its blog today to announce the availability of BIO-key International fingerprint reader accessories. The three peripherals are compact USB fingerprint readers that tie into Microsoft’s Windows Hello authentication and verification service. Each of the devices cost $39.99.

Customers can buy the accessories through the Microsoft Store online and at physical locations. Leveraging the capabilities of Windows Hello, the BIO-key scanners offer easy fingerprint authentication access. Microsoft points out that the USB-connected accessories give Windows users a physical scanner to secure a device.

Using Windows Hello, users can swipe or touch to access and secure their Windows 10 PC. The company says that customers will be able to access their devices in less than 2 seconds. To highlight this efficiency, Microsoft adds that is three times faster than the average typing for a password.

Since the Anniversary Update, Windows Hello features have been expanded. Users with these accessories can use them to access more than just their PC. Windows 10 compatible apps and Microsoft Edge browsers can be locked down with the service.

Windows Hello is a based on biometrics and the use of a user device, allowing users to sign in to a device or app with enterprise-grade security. With Passport’s closure, Hello will gain the credential features, giving the service two main aspects: Factor and Credential. Microsoft recently announced that the Anniversary Update would also bring Windows Hello to the Edge browser.

As we mentioned in July, Passport integration expands the usefulness of the service:

Factors are used to validate a user’s identity to access Windows 10 devices and resources. Until now Hello has used biometric authentication like fingerprint scanning, iris, and facial recognition. The device itself was needed as the second factor of validation, but in the Anniversary Update it will support devices, biometrics (as before), and PINs.

Biometrics will remain a major (chief) component of the Windows Hello service, but Microsoft Passport features will allow the authenticator, allowing two-step authentication tied to an account and across devices.