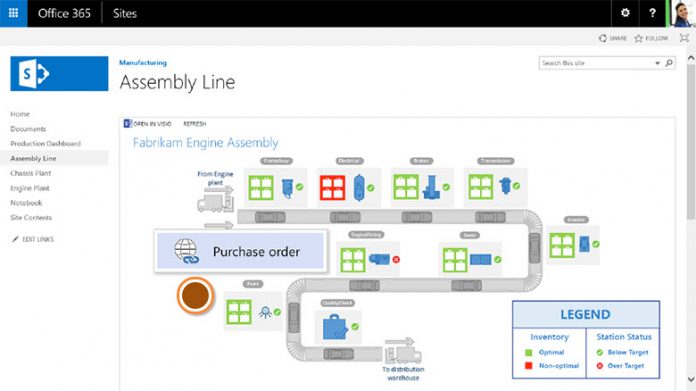 You may remember that Microsoft launched the Visio Insider Program for iPad last month. It was another chance to bemoan the fact the company leaves Windows phones behind. However, Microsoft has now confirmed that the Visio preview will be coming to Android and Windows 10 Mobile.

Visio 2016 was launched last year but has been coming to other platforms recently. At its core, the service is a diagram tool. Users are able to pull data from services like Azure Active Directory, Excel, and others with up-to-date templates. Microsoft says the tool is fast for creating visualizations.

Microsoft has already made it clear that mobile is a big part of its plans for the service. The Android and Windows phone versions will come with the same features as the iPad release. That app is currently in preview and Microsoft discussed it at Ignite 2016 this week. In that demo, the diagram was magnified to almost 200,000x on Apple’s tablet.

Some of the features for the Visio for iPad service included the ability to view files from OneDrive and SharePoint. Users can also see files received in attachments. Microsoft also optimized the Pan and Zoom features to work on the iPads smaller screen.

While the company was willing to confirm Windows phone and Android availability, no official dates were offered. Indeed, Microsoft did not say when the iPad version will leave preview, either.

At the end of last month, Microsoft introduced the web browser version of the service in preview. The company also revealed that Visio will come to Office 365 commercial subscribers later this year.

Visio Online Preview brings some tools to web browsers. Users can view and share diagrams within their browser. It has more functionality in terms of linking to web pages, zoom for detail in high fidelity, and deeper searches into sub-processes. The Online Preview also hooks into Visio Pro for Office 365 to edit diagram.

Customers are able to access the Visio Online Preview by uploading a .vsdx file to the cloud. This can be achieved by using both SharePoint Online and OneDrive for Business. The Online version of the diagram service functions on Microsoft Edge, Chrome, and Internet Explorer. Microsoft says the full version will roll out to Office 365 commercial subscribers before the close of the year.