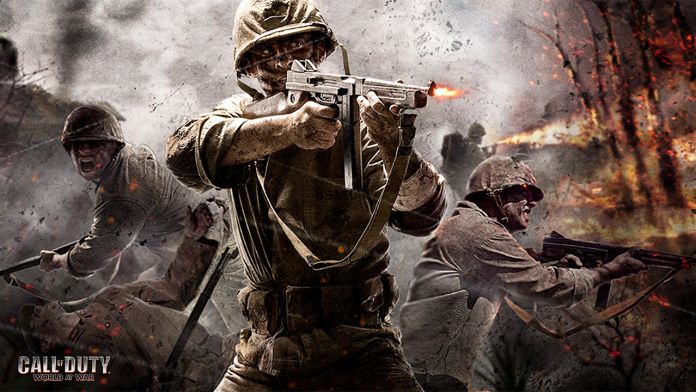 Microsoft added Call of Duty 3 to its backward compatible games last week, it but it looks like the company isn’t done with the Call of Duty series just yet. Xbox’s Major Nelson announced on Twitter today that World at War is now available, alongside several other games.

Call of Duty: World at War is coming to Xbox One Backward Compatibility today. Now, all back compat COD titles are purchasable on Xbox One pic.twitter.com/NsLkdJJGqu

The release also came with three other games, E4, Encleverment Experiment and FunTown Mahjong. All of the CoD titles can now be bought on the Xbox store, rather than just Xbox.com.

There’s no word on MW2 or Black Ops 2, but it’s possible they’re coming next. I wouldn’t hold your breath for a CoD 4 release, though, as it’s being remastered.

Call of Duty may have the most hype surrounding it, but some of the other games are also worth a look. E4 is a colorful, fast-paced shooter with a lot of charm and hundreds of levels. The game was fairly well received on release, scoring 8/10 in Edge magazine. The game is difficult to master and has a lot of replayability.

In Encleverment Experiment, you assist in a professor’s Experiment via sixteen multiplayer minigames. The game tests your mental capacity, has full avatar support, and can be a lot of fun with friends. It’s priced at $10, which is fairly cheap, though the game gets old pretty quickly.

As the name suggests, FunTown Mahjong centers around the traditional Chinese tile game. You can play with friends on Xbox Live, compete on the leaderboard, and play several variations. Unfortunately, the game’s tutorial isn’t quite good enough for new players, and the overall difficulty is too easy for veterans. You may want to listen to Xbox Magazine on this one:

“Charging 10 bucks for such a stellar board game in such shoddy wrapping should be illegal.”

You can buy E4, FunTown Mahjong, Encleverment Experiment and Call of Duty: World at War now on the Xbox marketplace.