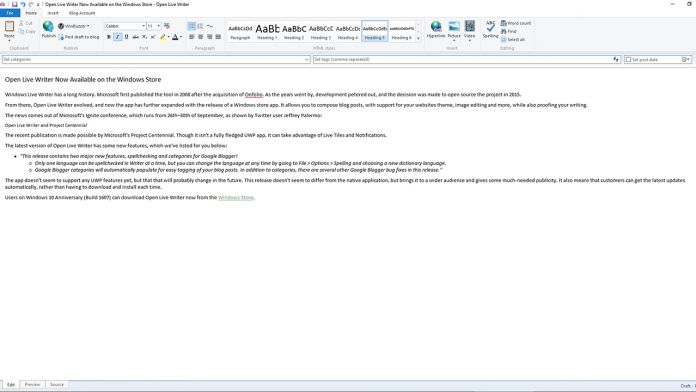 Windows Live Writer has a long history. Microsoft first published the tool in 2008 after the acquisition of Onfolio. As the years went by, development petered out, and the decision was made to open source the project in 2015.

From there, Open Live Writer evolved, and now the app has further expanded with the release of a Windows store app. It allows you to compose blog posts, with support for your websites theme, image editing and more, while also proofing your writing.

The news comes out of Microsoft’s Ignite conference, which runs from 26th–30th of September, as shown by Twitter user Jeffrey Palermo:

The recent publication is made possible by Microsoft’s Project Centennial. Though it isn’t a fully fledged UWP app, it can take advantage of Live Tiles and Notifications.

The latest version of Open Live Writer has some new features, which we’ve listed for you below:

The app doesn’t seem to support any UWP features yet, but that will probably change in the future. This release doesn’t seem to differ from the native application, but brings it to a wider audience and gives some much-needed publicity. It also means that customers can get the latest updates automatically, rather than having to download and install each time. 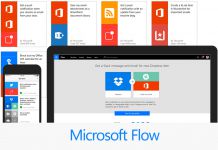 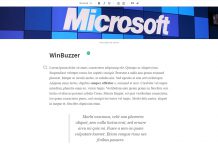 LinkedIn Rolls out New Publishing Experience to US Customers 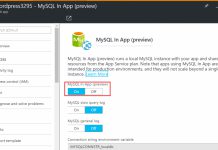