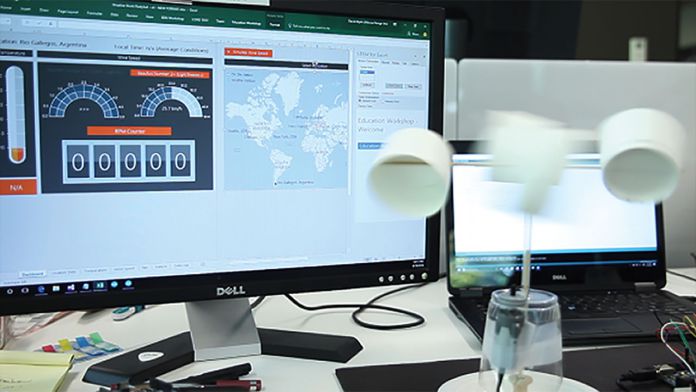 Microsoft’s Garage team focuses on experimental applications, and one of the latest to come from the group is Project Córdoba. Microsoft’s add-on will let users stream and visualize IoT data in real-time.

According to the project page, Córdoba began as a hacked version of Excel. The idea was to create a tool that students can use to develop technical skills, and teachers can now apply for access.

Assumedly, its educational roots are what inspired the project name. Córdoba is a city in Andalusia, Spain, and was once the center of education for its Islamic rulers. Microsoft is looking to take that attitude into the modern world through inclusion in STEM education.

“Our goal was to craft an inquiry and project-based activity that embeds computational and design thinking into existing middle school curriculum,” says a Microsoft spokesperson.“By designing scientific measuring instruments made from everyday objects and connecting them to Excel to visualize the data, we illustrated how to democratize STEM education by making Excel approachable, affordable and fun.”

Microsoft further developed the add-on during the Hackathon in July, to great success. Two teachers and two students combined their knowledge with the Education Workshop to produce the prototype that’s now available.

For the moment, the project is only on Windows 10 and Excel 2016. The Redmond giant also notes that they’re not looking for many participants, so you may not get an invitation.

Despite this, it’s another step forward in Microsoft’s education program, and could have applications outside of the school environment.

You can apply for access here. It’s also worth checking out the related webpage and our coverage on other Garage projects.