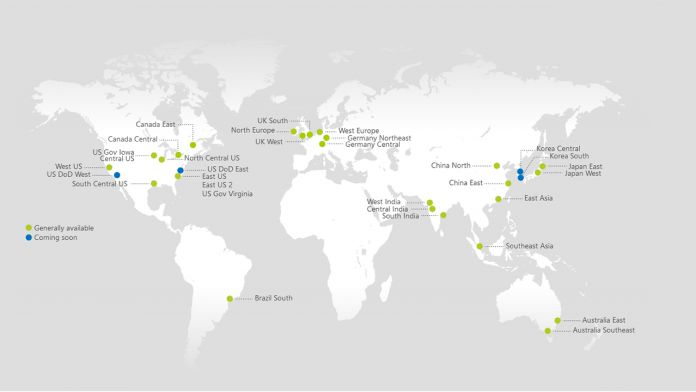 Microsoft first began the Azure Germany preview in March, and now the service is available to everyone. On Wednesday 22nd September, the company opened its data centers to anybody in the region.

Azure Customer data falls under the control of trustee T-Systems International, and as such Microsoft has had to comply with its data regulations. These regulations give customers more choice of how the data is processed than was previously possible.

More Regions than Any Other Cloud Provider

This release puts Azure’s region coverage up to 30; a number Microsoft says is higher than any other cloud provider. Of course, the only real competition is AWS, but it’s a significant achievement nonetheless.

The release follows the Redmond giant’s Trusted Cloud principles, and brings data residency, in transit and at rest in Germany, and data replication across German data centers. Some German companies are already starting to jump on board:

Hamburg Port Authority is also planning on Azure use. Chief Digital Officer Dr. Sebastian Saxe praises the platform for meeting its compliance restrictions and says it will give them “a key competitive advantage.”

Unfortunately, support for Office 365 and Dynamics will not come straight away. The former will be available in Q1 2017, and the latter sometime in the first half. However, previews will come later this year, so customers will be able to get access early if needed.

Microsoft recently launched Azure in availability in the United Kingdom, and has plans to support a further four regions in the near future. For more information on that and the services Azure can offer German customers, visit the blog.