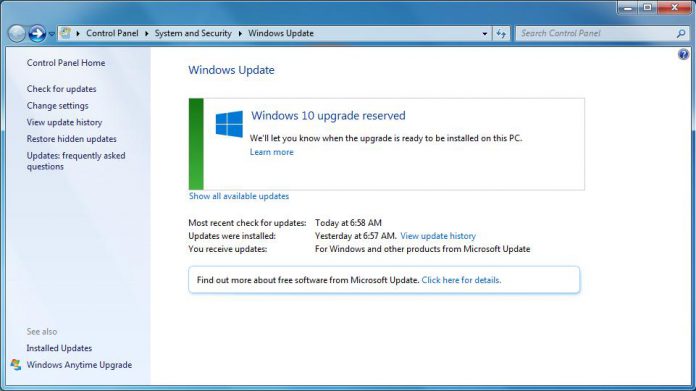 We’ve all heard users claiming “Windows 10 broke my PC,” but until now it’s been hard to judge exactly how many were affected. According to consumer group Which?, that number is as high as 12%.

Specifically, 12% of users had to roll back to their previous OS to regain functionality. According to the firm, the forced upgrades caused problems with wi-fi cards, speakers, lost files and email syncing.

The charity’s research also reveals that some user’s issues were so severe that they had to pay for repairs.

“Microsoft is offering free support to anyone affected by Windows 10 woes,” says Senior researcher Andrew Laughlin. “However, many people have struggled to find a way to contact the company. Either that or they thought that the problems were with their PC, so contacted the manufacturer or took their own action.

Laughlin notes that Microsoft has free hotlines, but worries that this gives scam callers more ammunition. A common tactic is to call users saying there’s a problem with their install, and using this to extort money or install malware.

One of Which?’s other complaints is insistent calls to update or upgrade from Microsoft. EFF recently slammed the Redmond giant for the same practice. It’s this policy that seems to be the heart of the issue, all but forcing users to upgrade to software that can be faulty.

This has been a particular issue of late, the Windows Anniversary build breaking millions of webcams. Users also experienced freezes during installation, but both problems have now been fixed.

We’ve seen a number of lawsuits over Windows 10 upgrades, and Which? questions if it’s time for Microsoft to change their practices. The charity publicly announces “Microsoft must do better,” and calls on Microsoft to pay compensation to customers where it’s due.

Of course, the Get Windows 10 application is now gone, as is the free promotion offer. However, many users will say that this is too little, too late. The OS has some still significant privacy concerns, and Microsoft could certainly handle public relations better.