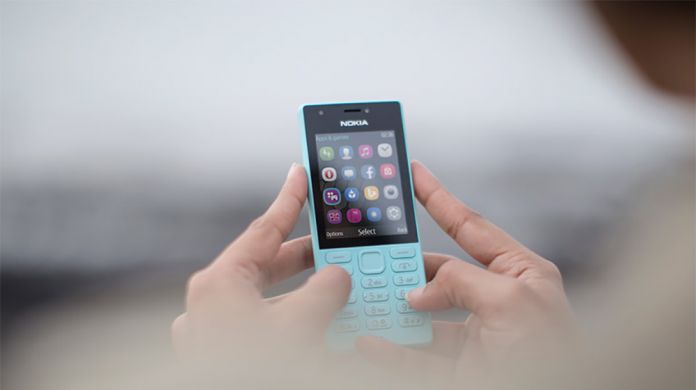 Microsoft has not been very supportive of it’s Nokia phones of late. Jobs have been lost, production has slowed, and their feature phone business was sold to Foxconn.

We all expected the next phone out of Microsoft to be the Surface Phone, but the company has surprised customers with the launch of a new feature phone. This phone will come despite the sale of the business, which is set to close soon.

Naturally, the specs of Microsoft’s feature phone are terrible in comparison to modern smartphones. They are, however, all the device needs, and will come at a very low price. Here are the full details:

In their Apple-like launch video, Microsoft also puts a tongue-in-cheek emphasis on the 3.5mm headphone jack. It’s an emphasis on the basic nature of the phone, and while many users question the need for feature devices, they clearly aren’t the target audience.

With the Nokia 216, the company has managed to create a dirt cheap phone that’s small, compact, and still provides modern functionality. It’s durable and, more importantly, it sells.

The Nokia 105 sells an average of 1 million units a week, primarily in emerging markets. That’s almost fifty million users a year that can be introduced to the Microsoft ecosystem.

It’s clear that this could pay off in the future, but it could achieve more if Microsoft continues to grow its mobile ecosystem. There hasn’t been much news on the yet unconfirmed Surface Phone, other than a mention from an executive.

Here’s hoping that Microsoft hasn’t decided to abandon the smartphone market entirely, and an announcement will come soon. Allegedly the phone has been pushed back to after the Redstone 2 update, so there’s still plenty of time yet.