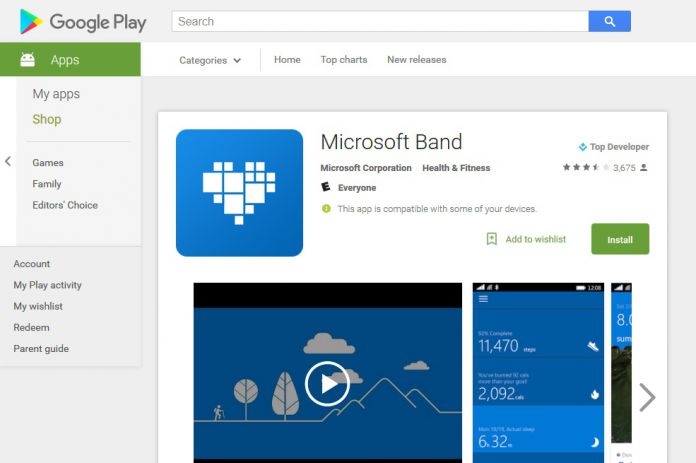 Microsoft is rebranding its Microsoft Health app and is now calling it “Microsoft Band”. The new name, of course, references the company’s Band fitness wearable. Just yesterday, we reported that Microsoft is not putting Windows 10 on the Band and may not launch another Band device.

The switch to Microsoft Band can be seen after the latest update of Health for Android. In the Google Play Store, the app has a new branding. It is also the same story on the Windows Store and iOS. This could add fuel to the fire if you believe the company is ditching the Band wearable.

We personally think this is a compelling hint that there will not be a Band 3. This rebranding of Health seems to mean Microsoft is taking the Band name for its apps. We reached out to Microsoft for an update, but the company did not get back.

It looks as though the update was just to reintroduce the new branding. There is no changelog announced by Microsoft yet. However, sometimes the company can take some time to add a changelog.

Back in June, we reported that Microsoft was cutting Band 2 stock and lowering the price.

The company is putting all of its fitness eggs in one basket. That means the Health app which has now been rebranded to Microsoft Band. Xbox Fitness was also announced to be shuttering over the next year. After putting a lot of effort into fitness, Microsoft is pulling back from the market.