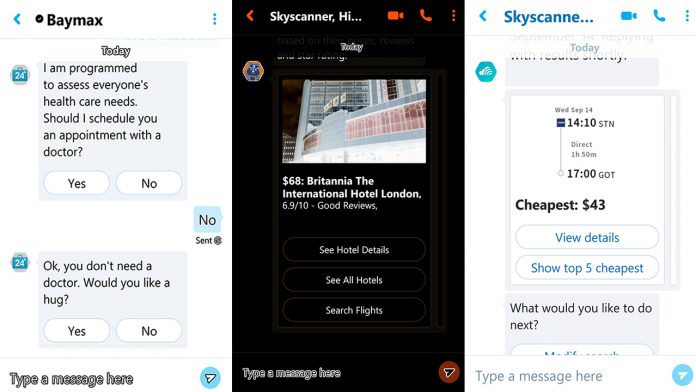 Microsoft has updated their Skype app for Android today with several fixes and improvements. The main focus is on Samsung devices, who were experiencing connectivity issues on OS 6.1 and 5.11.

The build also resolves issues with orientation when recording video, as well as adding accessibility support for bot cards.

For those not yet familiar, bot cards give a better interpretation of information through a visual interface. This is particularly useful for bots such as Skyscanner, and allows you to swipe through multiple flights. The new support will allow them to display correctly on devices with modifications such as large font size.

The specific wording of updates is sometimes important, and as a result, we’ve listed the full changes for you below:

This update will go a long way in fixing issues users have been complaining about for a while. It builds on the previous update, which added quick access to a bot’s profile in group conversations, as well as some important fixes and improvements.

The previous version of Skype for Android didn’t roll out that long ago, and that may be why some users are frustrated with the frequency of updates.

However, the build came with some critical fixes and improvements, so it’s easy to see why Microsoft thought it was essential:

Despite the app’s buggy history in recent past, it’s hard to deny that the team is working hard to remedy all the problems. Unfortunately, some users are reporting issues with the latest two builds already.

According to Play Store reviews, Skype credit shows as zero despite being higher, and video and voice call buttons don’t work in some menus.

If you can stomach that, the latest version of Skype for Android is available on the Google Play Store now.