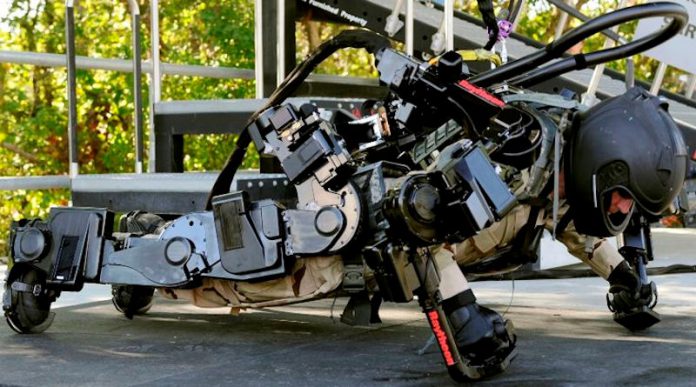 Microsoft has stepped into an investment round for Sarcos Robotics. The company has been seeking $10.5 million in investments. Microsoft Ventures has stepped in with a sum towards that total, joining a number of other companies. The completed investment will help Sarcos bring the Guardian exoskeleton to market.

Sarcos Robotics builds its Guardian line of exoskeletons could transform productivity and safety. The heavy-duty robots tackle difficult jobs in “unstructured environments”. The focus is on industrial and military applications. For example, mining companies could benefit, as could land-min clearing organizations.

The Bellevue, Washington company is based near Microsoft’s Redmond headquarters. Sarcos also has a campus in Salt Lake City, Utah. After being under Raytheon’s wing since 2007, before the management initiated a buyout in 2015.

Now operating as an independent company, Sarcos now needs funding to push its products. Microsoft will be taking an active interest in the company after its investment. Indeed, the company’s ex-CFO Peter Klein will join the Sarcos board.

Sarcos has offices in Bellevue, Wash. near Microsoft’s Redmond campus, and in Salt Lake City, Utah. The company was purchased by Raytheon in 2007 until a management buy-out in 2015 resulted in the company once again becoming an independent entity.

Microsoft Ventures was previously the company’s startup accelerator. Earlier in the year, the company rebranded the division as an investment-focused part of Microsoft.

Microsoft Ventures will focus on investing in early-stage startups. The company admits it has not focused on this in the past. In a blog post announcing the new division, Nagraj Kashyap, corporate vice president of Microsoft Ventures, said that the company will now take risks on smaller companies and ideas.