In a blog post, the company talks about how the system works to create a safer community for all users. The company says Xbox Live is a diverse and passionate community that brings people together. However, sometimes the network is abused. This can include spam, harmful messages, hate speech, and player-killers.

With the Reputation System, users can give feedback on other users. The company says this helps improve the overall experience and targets those who misuse the service. 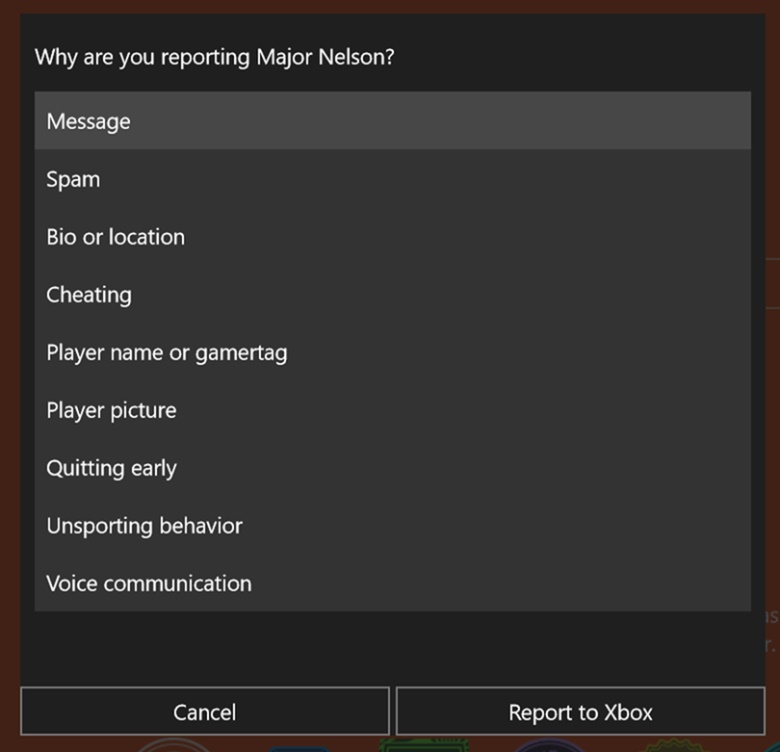 “Like many social networks, however, some people misuse the network in inappropriate or harmful ways. At Xbox, we do not tolerate this behavior and our rules around this are outlined in our Terms of Use. We’ve all seen our fair share of ‘bad apples’ at play: spammers, player-killers, people who constantly use foul language, people who send harmful messages, etc.”

In the case of the Reputation System, having feedback against you is not good. If you do not misuse Xbox Live, there will be no reputation. However, users who abuse the network will get a poor reputation. There are four tiers of reputation, ranging from Good Player to Avoid Me.

Microsoft details the instances where negative feedback may be given:

Algorithms help Microsoft decided how players perform on Xbox Live. From the feedback the system automatically assigns a reputation based on the following four levels:

Good Player: The most common player on Xbox Live. A typical user who plays online with some regularity and receives very little negative feedback from other players.

Needs Work: A user whose reputation score has fallen due to many reports of bad behavior over the course of many gaming sessions.

Needs Work: A user whose reputation score has continued to fall due to many reports of bad behavior. If this downward trend continues, the user will begin to be matched with only other low-reputation players.

Avoid Me: A user who routinely receives lots of negative feedback and causes trouble in the community. To prevent further abuse, the user will most likely be matched with other low-reputation players.

To learn more about your reputation, you can access your detailed six-month history here.