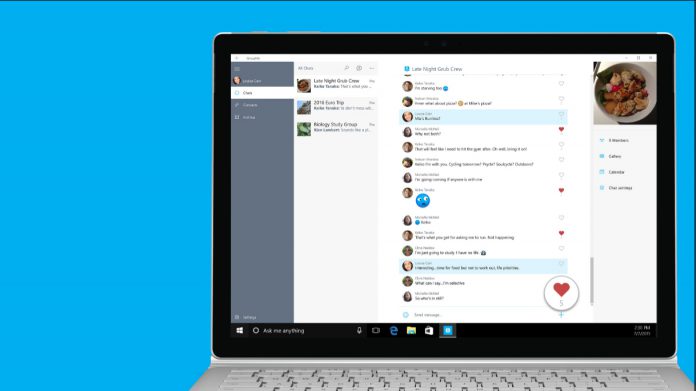 Microsoft’s GroupMe has received high praise from reviewers. The free group messaging app allows users on every device to organize and have private conversations.

However, the service has always been missing one core feature: document sharing. Users can send photos, videos, and even their location, but support for anything else is lacking. According to Windows Blog Italia, that could be about to change.

Sources suggest that Microsoft’s internal beta app can now send and receive documents. The Italian news outlet appears to have access to an internal build, and has provided several screenshots to substantiate:

It looks like the screenshots are from Windows 10 desktop, and there’s no word on updates for any of the other platforms yet. However, it would only be natural for the feature to roll out to other devices, given Microsoft’s multi-platform focus.

To share documents previously, users were encouraged to use third-party app IFFT. You can utilize the app to automatically share DropBox and Google Drive files to your group. It also supports the sharing of Pocket links, calendar events and more.

However, the extra upload step will be an annoyance to some, and IFFT isn’t supported on some platforms. Of course, users can still upload to Drive manually, but that requires even more clicks.

The built-in file sharing also brings GroupMe a little closer to its competitors – namely WhatsApp, Telegram. Both applications support document sharing, and it’s clear that Microsoft is looking to level the playing field a little.

If it does roll out to all devices, this feature will put GroupMe ahead of Facebook’s Messenger, which supports document sharing on desktop, but not on mobile, as far as I know.

There’s no public release date for the feature yet, but in the meantime, you can get the latest version of GroupMe here.