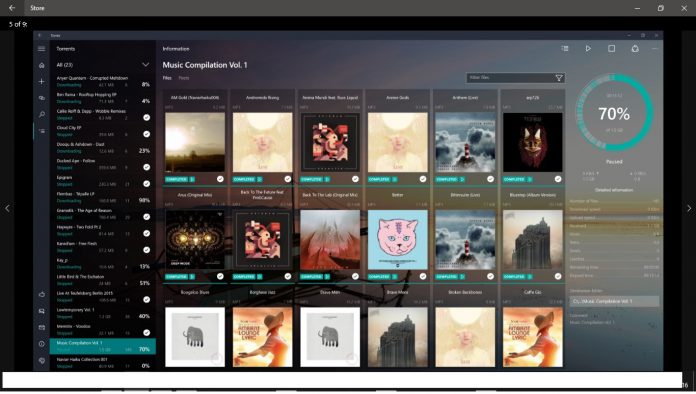 The Xbox One is getting its first ever BitTorrent client in the form of Torrex. Finebits OÜ, the developer behind the app says it is working on porting it to the Xbox One console. This will be a novel first for Xbox and indeed will be a largely unexplored avenue for the BitTorrent market.

BitTorrent clients are fairly common these days. As well as being available on PCs, they are also now on smartphones. These clients are hugely popular but are rarely seen on a TV platform. By coming to the Xbox One, users will now have a client on their TV set.

Windows users running Windows 8.1 have had Torrex and Torrex pro for some time. Those apps can also run on Windows 10, but they are not designed specifically for the platform. Finebits OÜ says it is developing an app for the Universal Windows Platform (UWP). This UWP application will run on mobile, PC, HoloLens, and the Xbox One.

The app is currently in private beta and on Windows 10 it is a similar experience to the Windows 8.1 version. Windows Central reports that the Xbox One version of the app is very appealing and looks good. However, there are limitations placed on Torrex while running it on the console.

Specifically, torrents cannot be transferred to the app from the Edge browser directly. The developer says instead it is developing its own browser to use for this purpose. That will be available shortly and will “download files and open all magnet links.”

Aside from that limitation, Torrex on the Xbox platform lets users do a host of things. For example, you can play torrent files, download them, and seed. Finebits OÜ says the app will download in the background, but is likely to time out after a while.

While the app is from a third party developer, it shows the renewed potential of the Xbox One. Because of the Universal Windows Platform, the console is becoming another Windows device. This is important, because users can get PC like features and software on the console. Microsoft’s original vision for the Xbox to be an all-in-one living room box is closer to fruition.