Microsoft has announced general availability for Azure AD Identity Protection. Alongside that release, Azure AD Privileged Identity Management and Azure Premium P2 are also moving to GA. More specifically, the trio will be made available on September 15. Microsoft announced the availability in a blog post, while also expanding on each service.

The company announced Azure AD Identity Protection earlier in the year. Customers have been accessing the service in the US and Europe in preview. Now the service is rolling out to all users next week.

Microsoft describes Azure AD Identity Protection as a “one of a kind” cloud-based security service. It can analyze 10TB of behavioral and contextual data every day through advanced machine learning. 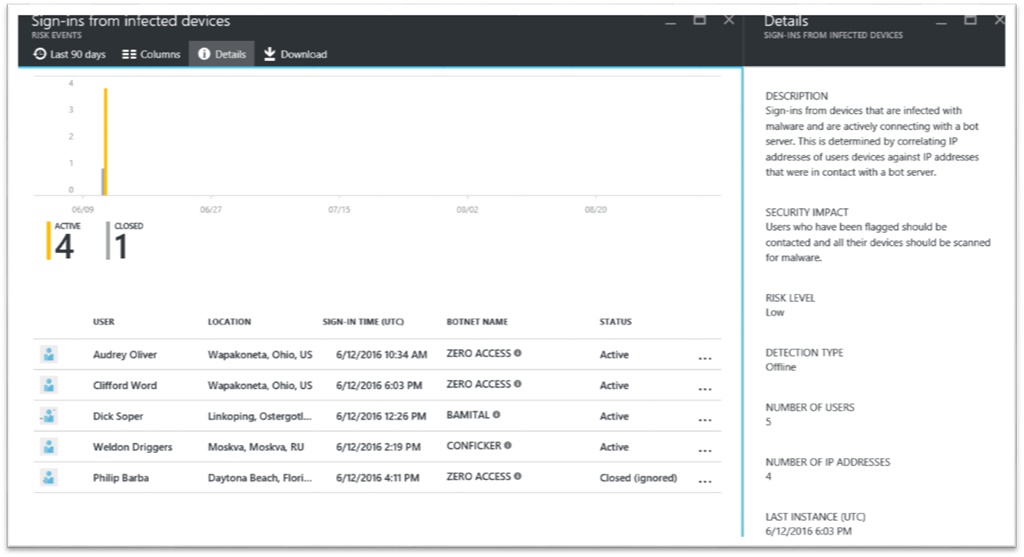 This high-powered analysis helps customers protect their data and organization from attacks. In talking up the service, Microsoft says it is “unprecedented”.

Identity Protection can give customers reports, risk scores, and alerts to help them understand their security. The focus of the service is to show the risks and stop insecure user access attempts. If someone attempts signing in with leaked credentials or suspicious activity, the service can alert the user.

Another service moving to GA next week is Azure AD Premium P2. This is a new SKU of Azure AD, which expands on Azure AD Premiums P1. It comes with all of the features from the previous release and adds some new ones. For example, Identity Protection and Privileged Identity Management are included.