Microsoft has unveiled Arduino Wiring for Windows 10 IoT Core. The addition means users can now port Arduino Wiring sketches that will run on IoT Core compatible devices. Those devices include the Raspberry Pi 2, 3, and Minnowboard Max, Microsoft says in it official announcement.

Arduino is a popular platform for developers for creating libraries. Indeed, the community is noted for developing peripheral libraries for such things as sensors, LED displays, and RFID readers. The platform is known for its ease of use, which is why Microsoft wanted to bring it to IoT Core. 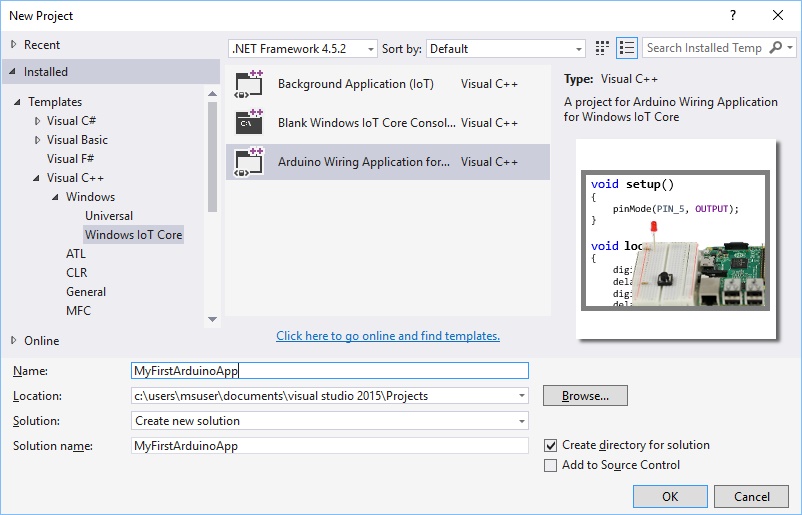 In its announcement, the company shows how to create an Arduino Wiring sketch in Windows 10 IoT Core. The company also points users to detailed tutorials in the Project Guide, before offering this summary:

“On an IoT Core device, an Arduino Wiring sketch runs as a background application (headless); i.e. there is no UI visible on an attached monitor. This is similar to running a sketch on an Arduino device such as the Arduino Uno for example. However, you can still debug the sketch as you would any other app under Visual Studio by inserting breakpoints and/or stepping through the code.”

Microsoft launched Windows 10 IoT Core Pro back in April. It is a specialized version of Windows created for internet-connected devices. Specifically it is for devices exclusively used by original equipment manufacturers (OEM).